The Impress Coffee Brewer is an ingenious single serving coffee press that doubles as a travel cup. The brewer is quite easy to use: Coffee grounds and hot water are brewed in the outer vessel for three minutes. Once the coffee is brewed, an inner vessel with an integrated filter at the bottom is pressed down on the coffee, filtering out the grounds. The filter (similar to an espresso machine portafilter) is designed to keep the used grounds out of the coffee, preventing over brewing. A to-go lid means the coffee can be saved for later. The Impress Coffee Brewer was created by Ali Khalifa and his fellow designers at Gamil Design in Raleigh, North Carolina. They are raising funds on Kickstarter in order to produce the brewer. The first brewers are expected in April 2013. 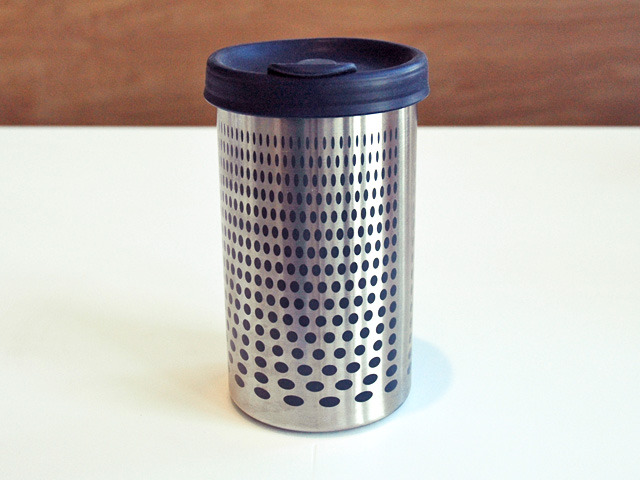 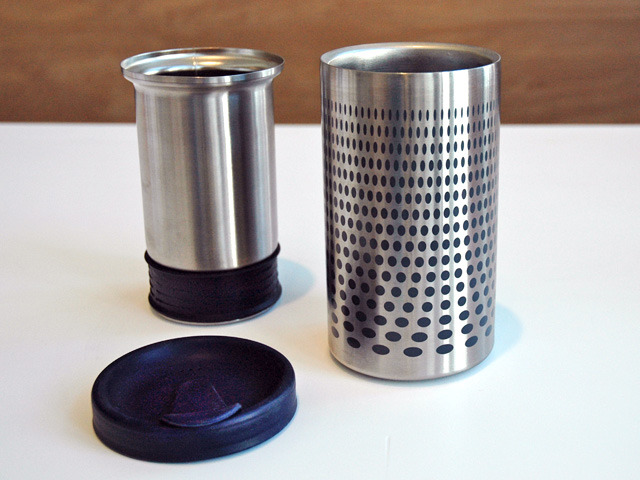 photos and video via Gamil Design