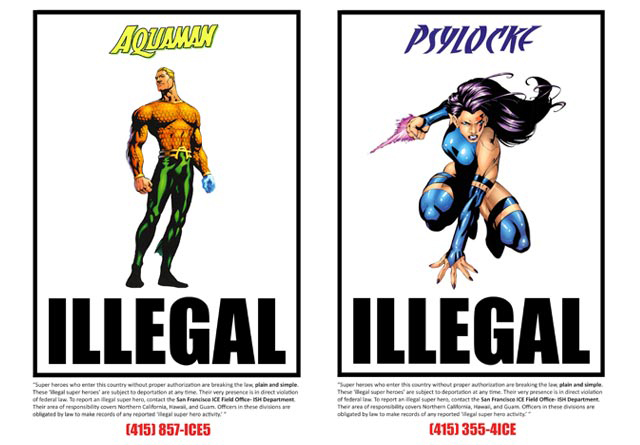 The fine print at the bottom of each poster reads as follows:

Super heroes who enter this country without proper authorization are breaking the law, plain and simple. These “illegal super heroes” are subject to deportation at any time. Their very presence is in direct violation of federal law. To report an illegal super hero, contact the San Francisco ICE Field Office – ISH Department. Their area of responsibility covers Northern California, Hawaii, and Guam. Officers in these divisions are obligated by law to make records of any reported “illegal super hero activity.” 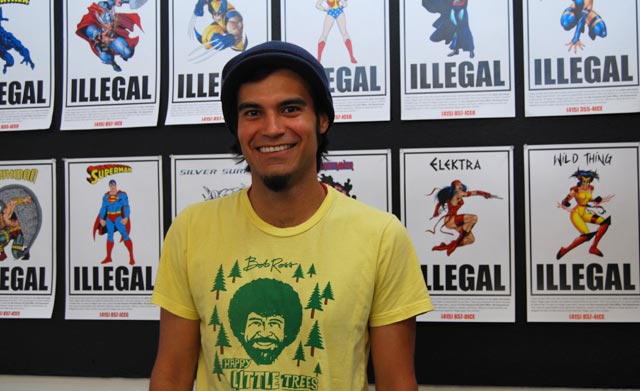 Neil (Clavo) Rivas in his studio in San Francisco

As stated by Neil:

I grew up with these comic books and superheroes and it was never an issue where they came from or how often they would cross borders,” says Rivas. “My hope was that because superheroes are an approachable subject, people would naturally be attracted to the project visually and that it would awaken nostalgia.” 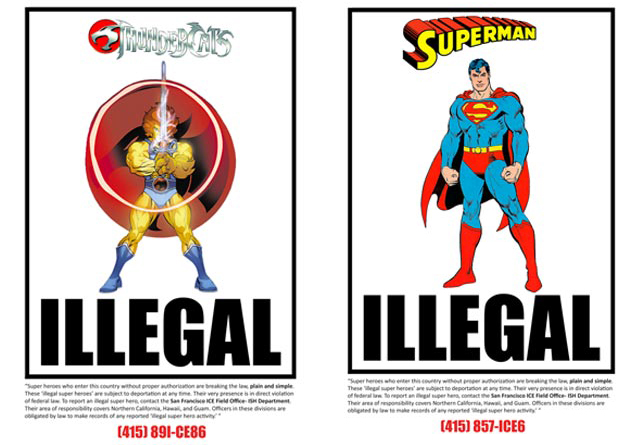 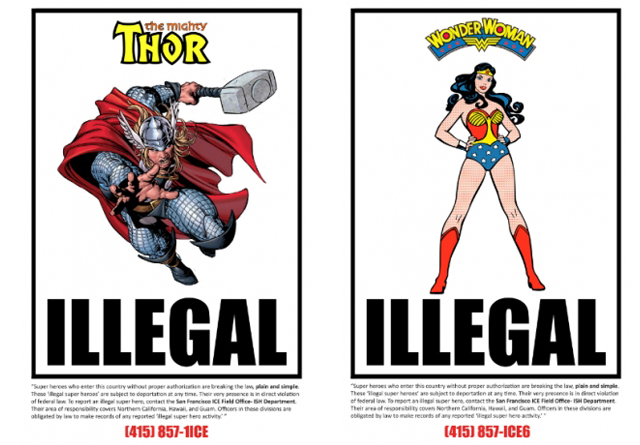 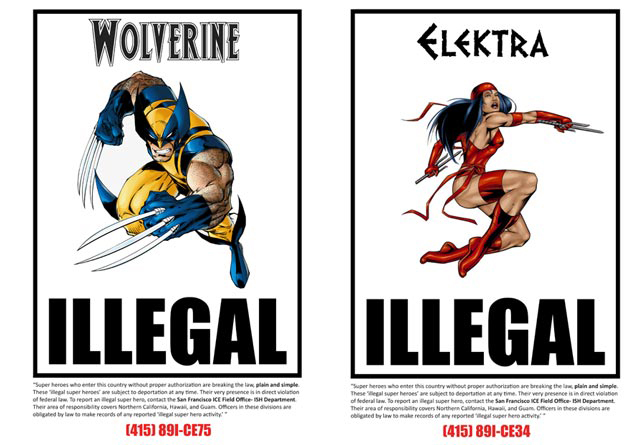 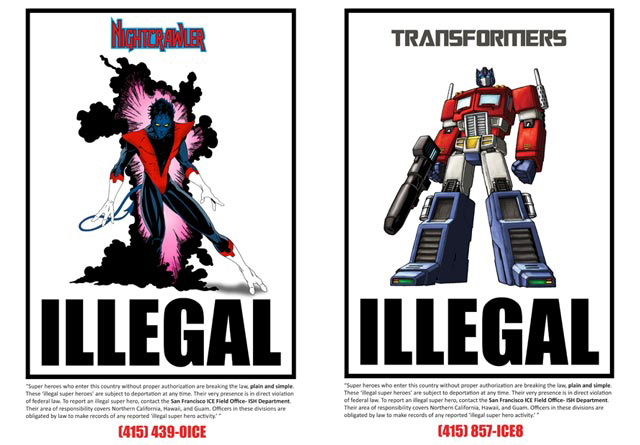 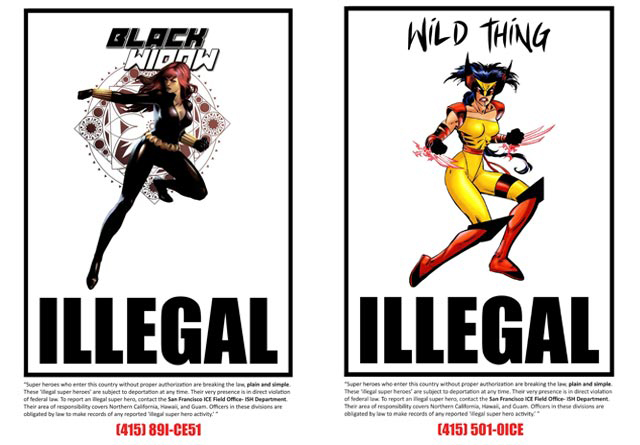