One of the amazing humans of Flatbush Cats (previously), a non-profit feral rescue program in Brooklyn, shared how he rescued a litter of kittens from a pile of furniture behind an apartment building. Their mother was nowhere to be found. One by one, the kittens were humanely trapped and brought to a safe space where they could be gently socialized. 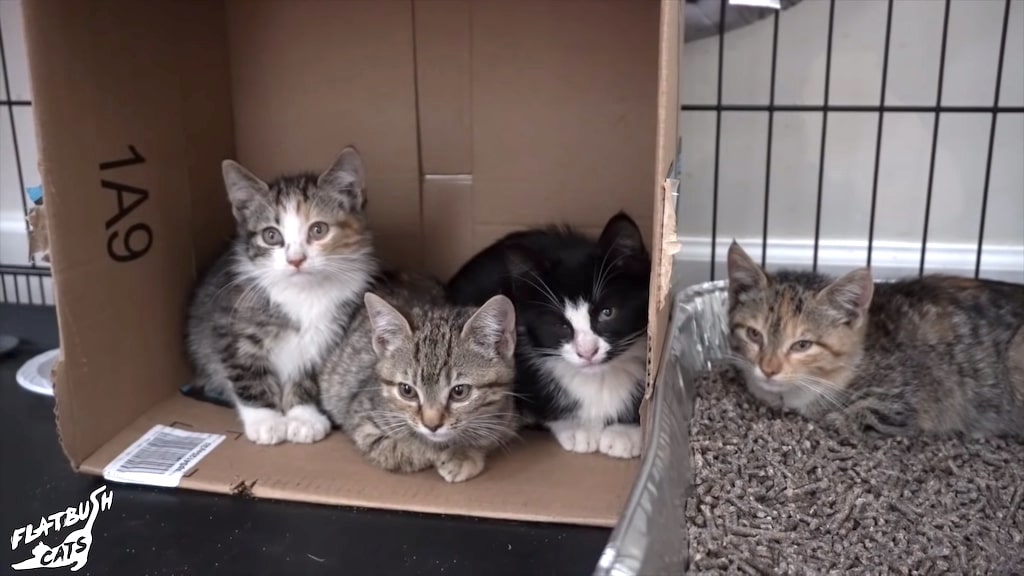 He first used food to help the kittens gain his trust. He then introduced touch and play, which allowed the kittens to change their perspective from feeling like prey into being the predator. Eventually, most of the kittens came around to being handled, though a couple needed a bit more coaxing.

These kittens haven’t spent much time around people so, in their minds, we’re probably just giant predators who might be planning to eat them tomorrow … socializing several kittens can be very time-consuming because you need to spend one-on-one time with each cat so they continue to progress. Playtime is another critical tool for socialization it helps kittens build confidence by switching their mindset from prey to predator.

He also talks about fostering animals and the doubts some people have about letting go when a permanent home is found.

When you make it this far with socializing kittens, there’s one big challenge left. And for many, it’s the hardest part. People always say they would love to foster but couldn’t bear to say goodbye. We have to keep the bigger picture in mind. Remember there are still thousands of kittens outside. I…Saying goodbye is an important part of this work and it’s what makes foster volunteers so special. You’re giving a selfless gift, not just to those cats but to the new families you’re helping to create.