In the latest video in her creative baking series called “How To Cake It“, host Yolanda Gampp demonstrates how to make a cake that looks exactly like a sausage on a bun, replete with buttercream “mustard” and coconut “sauerkraut” in honor of Oktoberfest.

It’s Oktoberfest! I’ll be using my Vanilla Cake recipe to recreate a freshly baked bun and a sausage using food colouring and fondant to help me build the perfect Oktoberfest sausage. Oh, and I’ll be using coconut in a fun, unexpected way! Oktoberfest is a traditional festival held in mid-late September every year, ending on the first weekend of October. Though it originated in Munich, Germany, it is now celebrated all over the world in various communities. In fact, the largest Oktoberfest held outside of Germany is right here in Canada! 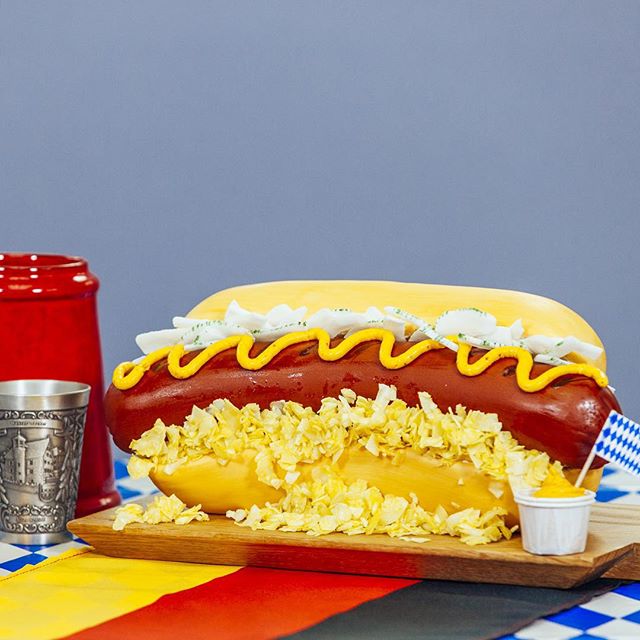 image via How To Cake It