Music essayist Noah Lefevre of Polyphonic takes a look at how science fiction helped to shape the distinct sound of legendary musician Jimi Hendrix. Lefevre notes how Hendrix used these extraterrestrial themes in both lyrics and music. Being that this was the peak of an incredibly tumultuous time in US history, these concepts took on dual meanings

SciFi has a long history of using futuristic narratives to comment on the present circumstance and the circumstances around Hendrix were pretty bleak. His entire career took place during an era of war and civil strife. There were riots in the streets and bombing campaigns across the seas. Many of the images that Hendrix would have seen coming from the Vietnam war at the time would have looked damn near apocalyptic…Hendrix found parallels between the apocalypse he was witnessing and the apocalypses in some of his favorite fiction 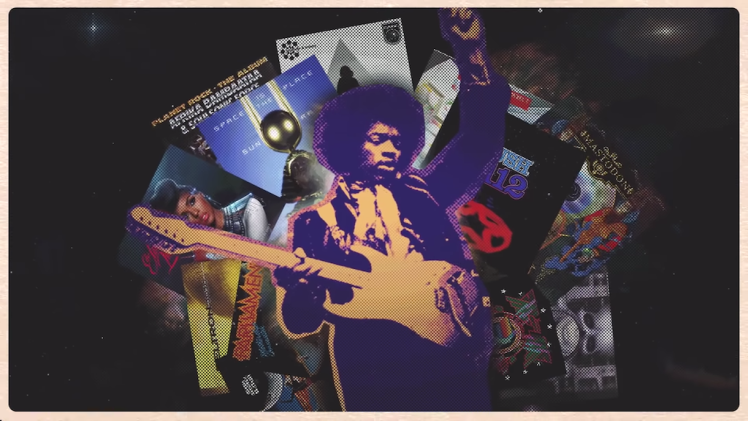 Hendrix’s love of the genre would also heavily influence his later work. The song “1983 (A Merman I Should Turn to Be)” is a mystical tale of love told over the course of 13 minutes.

Most of this length comes from a seven minute instrumental break in the middle. This represents the narrator and his love descending into the ocean. They’re able to do this because of a machine that Hendrix’s narrator built. Hendrix never really explains what the machine is but it seems to transform the narrator’s body and make him able to breathe underwater. This machine represents a kind of salvation, a way to escape a cruel and dark world.