Vox journalist Matteen Mokalla explains how the red and blue political map in US elections came about with the introduction of color television, how the two colors switched political parties during the 1980 election (“R” for Reagan) and how recent these colors have come to symbolize more than votes.

Networks introduced colored maps to their election night coverage as a visual tool to distinguish themselves in the era of color television; CBS was first in 1972, and soon the others followed. By 1996, the television map color schemes aligned to what we are accustomed to now: red for Republicans and blue for Democrats. By the 2000 election and in the days that followed, television news relied heavily on their colored maps to illustrate how close the election between Al Gore and George W. Bush was. Those map colors quickly became easy shorthand for Republicans and Democrats, and the terms “red state” and “blue state” truly took hold. 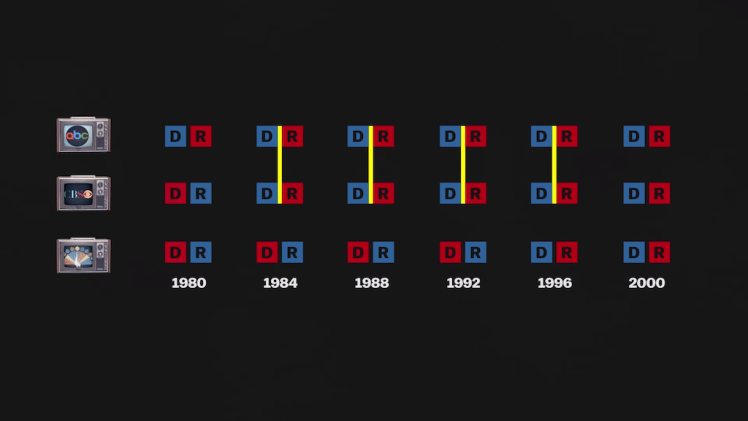