In a toothsome episode of the Mental Floss series Food History (previously), host Justin Dodd shares the history of candy corn, the origins of corn syrup, and how its inventor George Renninger tested out how realistic his candy was by feeding it to his chickens. 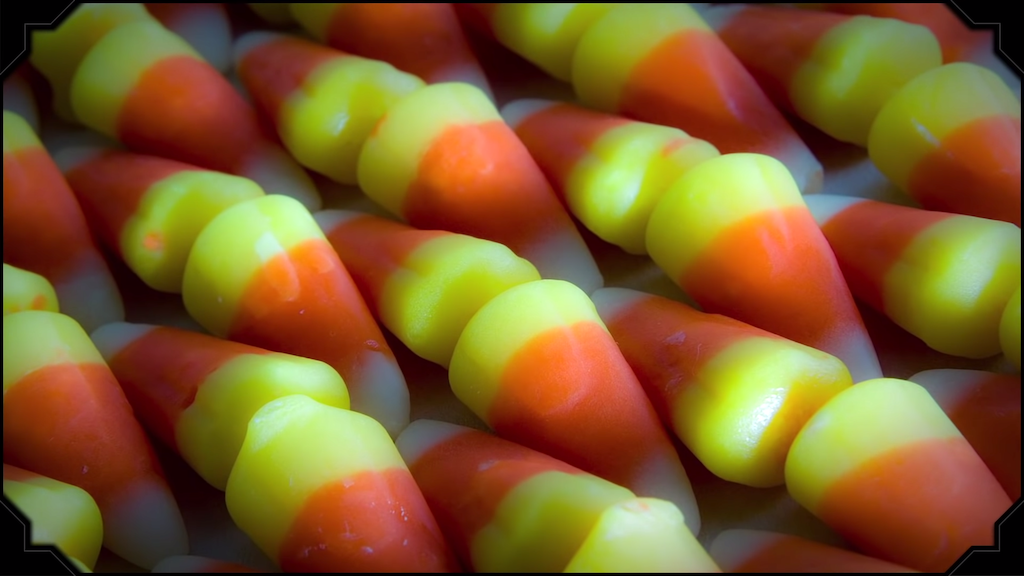 During his initial tinkering, Renninger conducted some interesting market research. As his grandson, Ken, told The Palm Beach Post back in 2000, the elder Renninger would sometimes throw the proto-candy corn towards the family’s chickens. ‘When the chickens finally started coming after the corn,’ Ken Renninger said, ‘he knew he had [the perfect shape.] If he had the chickens fooled…then he had the right thing.’

Dodd also talks about the laborious process involved in creating the distinctive layers and how candy corn became so intrinsically associated with the Autumn months, particularly Halloween.

The amount of labor required to make candy corn look like candy corn made it impractical to manufacture year-round. According to Slate, candy makers started limiting the production season to March through November, which helped link candy corn to autumn and the harvest season. But it wasn’t until the 1950s that candy corn—or any mass-produced candy, for that matter—became a big deal during Halloween.