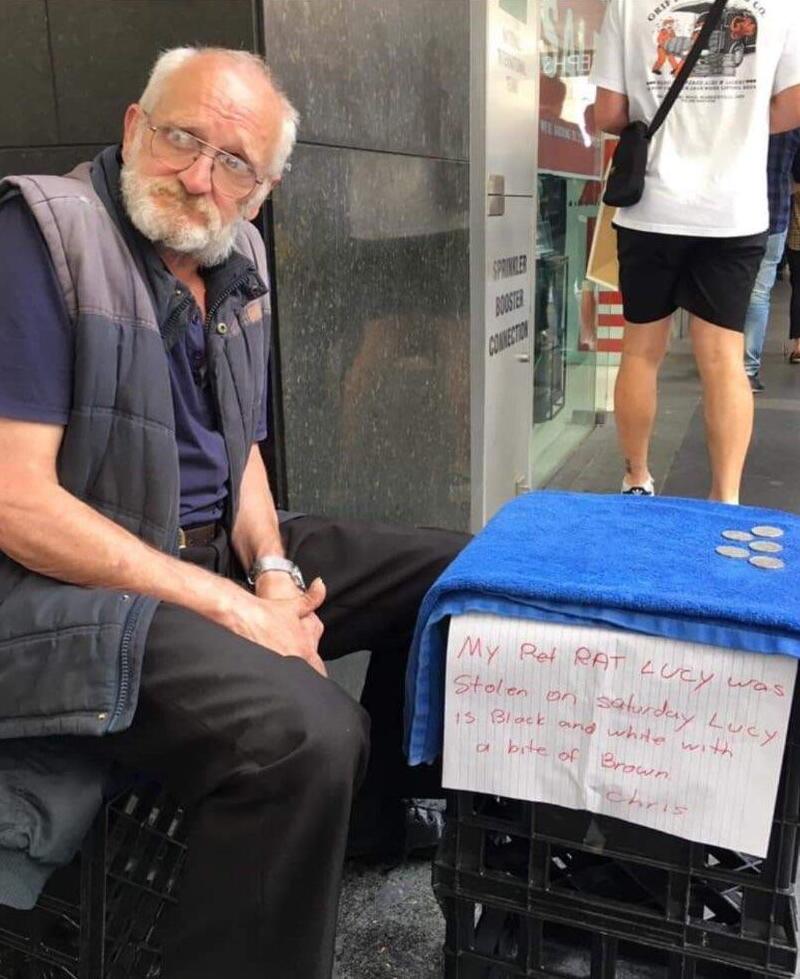 A homeless man named Chris and his pet rat Lucy are a regular and welcome sight on the streets of Sydney, Australia. One day when Chris stepped away to go to the bathroom, a well-meaning but misguided woman who believed the Lucy had been abandoned, took Lucy home with her. Luckily, the power of the internet helped the NSW Police Force find Lucy within just a few days and she was lovingly reunited with Chris post-haste.

Great news! Officers from Sydney City Police Area Command have reunited a homeless man and his pet rat today after she went missing last week. Just after 2 pm on Saturday 6 April 2019, a homeless man left his pet rat ‘Lucy’ on a milk crate on Pitt Street while he used a nearby bathroom. A woman, who walked past and saw Lucy alone, believed she had been abandoned, so took her home and cared for her. Thanks to all our Facebook followers, Lucy was safely retrieved today and returned to her owner.