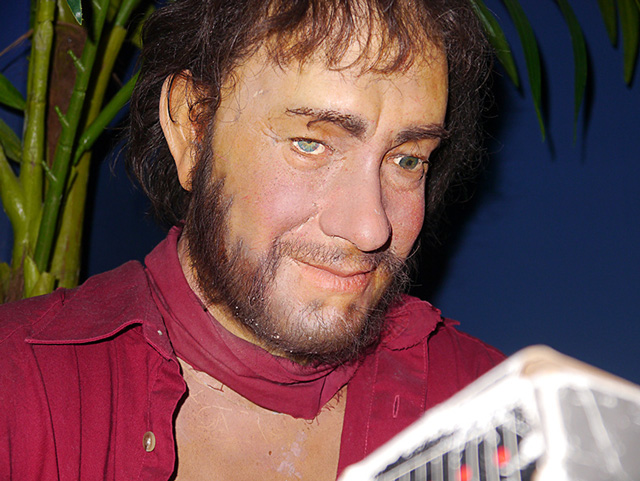 “I have never seen Castaway, so there may actually be a scene in which Tom Hanks becomes blind in one eye, but I doubt that is the case.”

Jamie Lee Curtis Taete of Vice visited the Hollywood Wax Museum and wrote them an open letter, describing it as “the worst wax museum in America.” The piece is full of hilarious photos taken on his visit which prove his point beyond a shadow of a doubt. See all the photos of stunningly bad waxworks (along with some seriously funny commentary) at Vice.

But you have both Nacho Libre AND Tropic Thunder Jack Black… 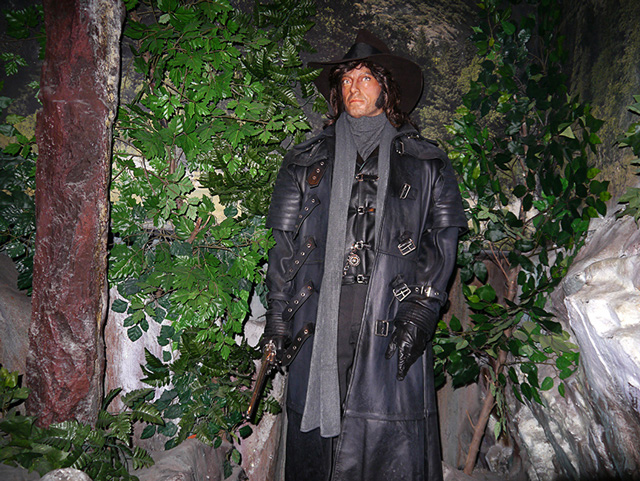 “Some of your waxworks are so bad that I would never have had even the slightest of clues who they were if I hadn’t been explicitly told. Like this beautiful goth woman who, apparently, is meant to be Hugh Jackman.“