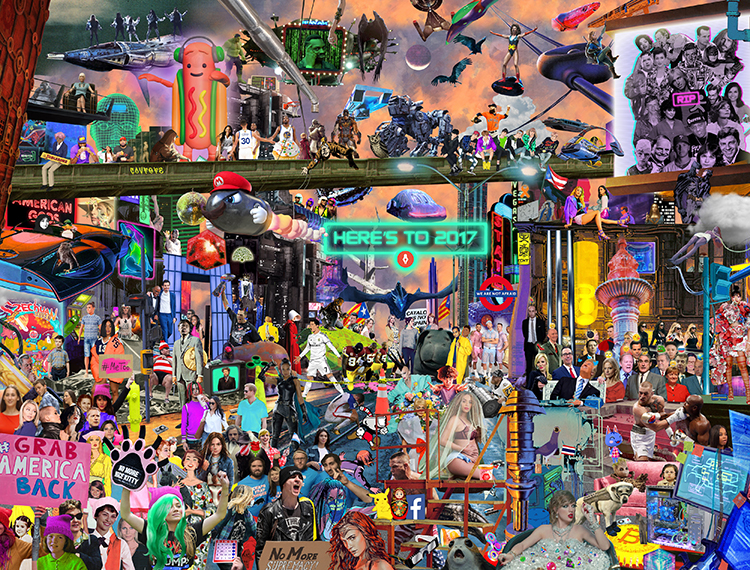 Beutler Ink created “Here’s to 2017,” a wonderful mashup art print filled with memorable pop culture news and references from this past year. Prints are available to purchase from Society6. We previously wrote about their mashups from 2013, 2014, and 2015.

2017 was a fun year for pop culture, from Stranger Things’ thrilling second season to Cardi B’s banging singles to the dancing hot dog filter that even your grandma loved. But it was an emotionally grinding year for news, as anyone getting push notifications from the Washington Post or New York Times can attest.

We really struggled when deciding how to depict the wave of vivid sexual assault and harassment accusations leveled against high-profile artists, executives, and politicians. Rather than show Harvey Weinstein, Louis C.K., Roy Moore, or any of the countless other alleged abusers, we focused entirely on the victims brave enough to come forward and tell their stories. (You can see them grouped together near the bottom-left corner of the graphic.)