HBO has remastered The Wire—the incomparable series by David Simon and Nina Kostroff Noble that addressed the illegal drug trade, docks, city government, school system, and media in Baltimore, Maryland—in Full-Frame HD. The brand new HD version will be available for binge viewing for the first time via HBO Go on December 26, 2014. Digital downloads and Blu-ray versions will be available in 2015.

The entire series has been beautifully re-mastered in 16×9 Full-Frame HD from more than 8,000 reels of original 35mm camera negative, allowing for a tighter fit on widescreen TVs and computer/tablet screens. The original negatives were scanned, edited, dust-busted and color-corrected with great care and attention taken to stay true to the look and feel of the original Standard-Definition 4×3 version. …This will be the first time The Wire has aired on a linear HBO channel since Season 5 wrapped in 2008, as well as the first time that all five seasons of the entire series have aired consecutively on the network. 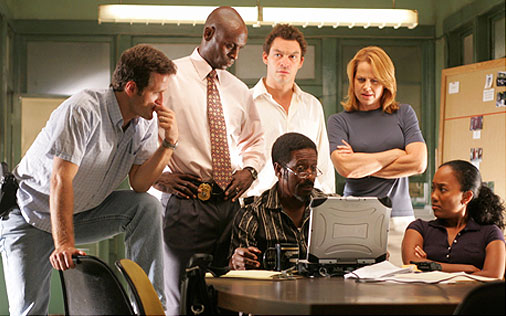 via Engadget, The Awesomer