Russian punk band Biting Elbows has released a teaser trailer for HARDCORE, the world’s first sci-fi action film that is shot entirely from the hero’s perspective. The POV film, directed and written by musician and filmmaker Ilya Naishuller, premiered at the Toronto International Film Festival on September 12th, 2015. It is set to release nationwide later this year.

You remember nothing. Mainly because you’ve just been brought back from the dead by your wife. She tells you that your name is Henry and congratulations, you’re now a cyborg.

5 minutes later, your wife has been kidnapped and you should probably go get her back. Who’s got her? His name’s Akan (Danila Kozlovsky), he’s just a psychotic megalomaniac with telekinetic powers, and a never-ending army of mercenaries. You’re also in an unfamiliar city of Moscow, Russia and everyone wants you dead. Everyone, except for a mysterious, British fellow called Jimmy (Sharlto Copley). He might be on your side. Good luck Henry. You’re very much likely to need it.

We previously wrote about Ilya and his action-packed Insane Office Escape short films, which were also shot in first-person perspective. 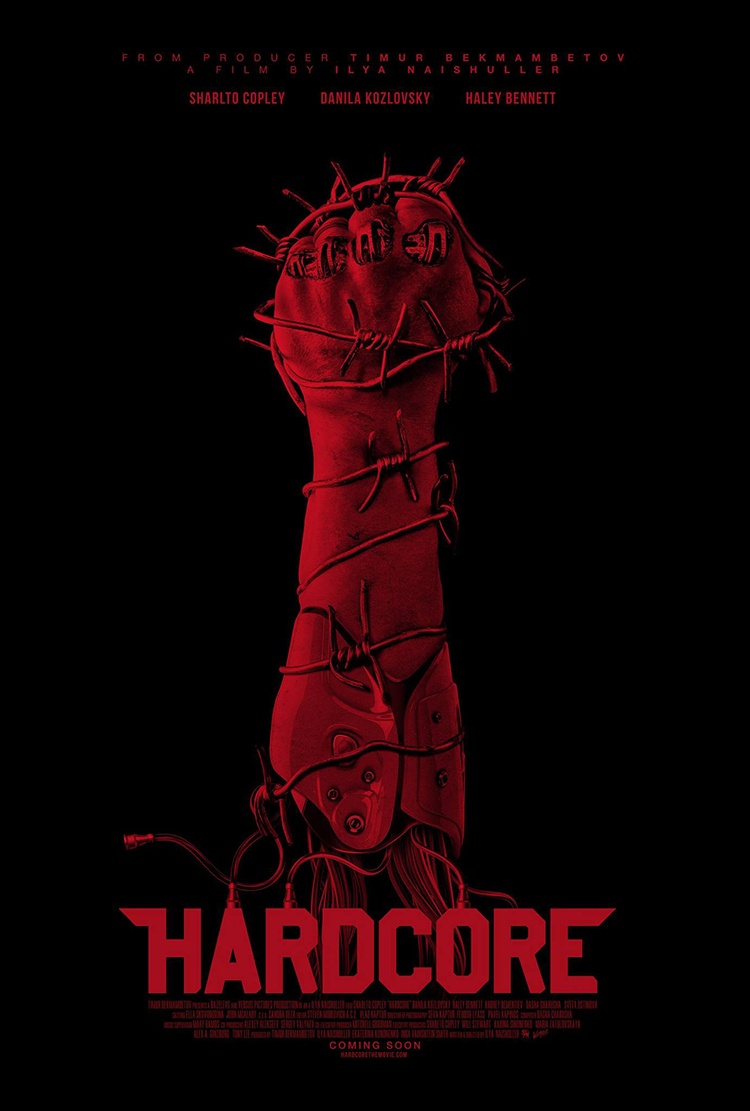 image via Hardcore – The Movie