Engineer Nick O’Hara quite ingeniously built a badass robot to play Guitar Hero for him. Admitting that he’s not very good at the game, O’Hara meticulously went about designing the perfect AI to shred the competition the next time he plays. He even gave the robot the amusing name of “Jon Bot Jovi”, though the original namesake is known more for vocal chops than his guitar licks. O’Hara stated that the robot can play anything with almost 100% accuracy.

He’s a robot that understands where the notes are and can press the buttons to play any song and get almost 100% accuracy every time. I eventually put him up against the hardest and most notorious songs on Guitar Hero: ‘Through the Fire and the Flames’ by Dragonforce. 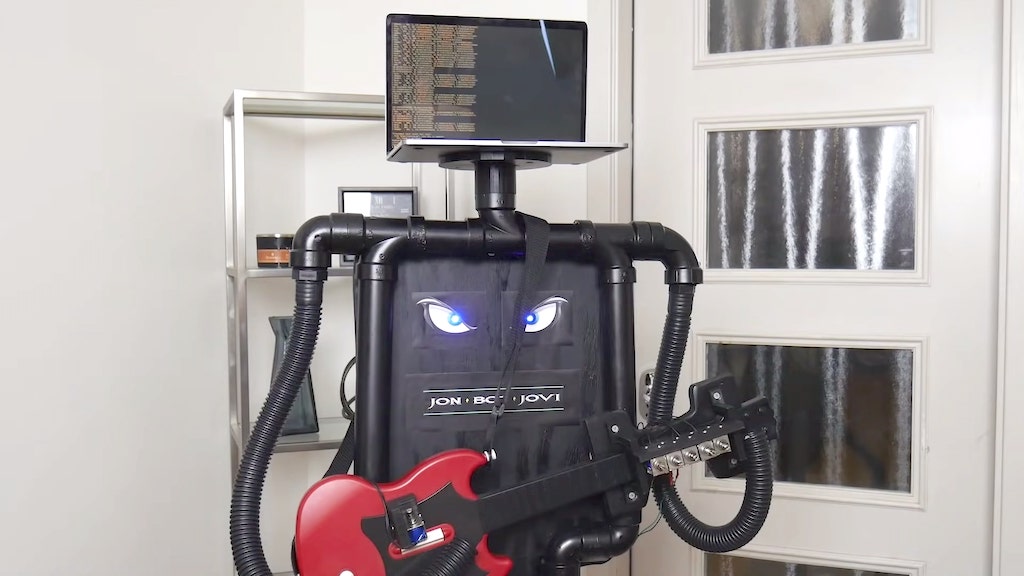