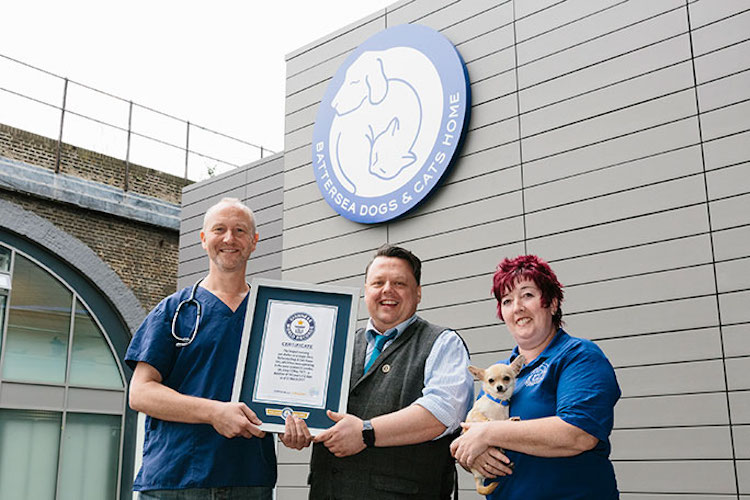 While promoting their new book Amazing Animals: Packed Full of Your Most-Loved Animal Friends, the Guinness World Records Editor-in-Chief Craig Glenday took a tour of the longstandding Battersea Dog & Cats Home. Throughout the tour, Glenday met a number of the animals who are temporarily staying at the shelter while waiting for their forever home and awarded Battersea with their World Record for longrest-running pet shelter (single site).

Battersea Dogs & Cats Home has been in its current location since 1871 and rehoming vulnerable animals there for more than 145 years. In that time the centre has cared for a staggering 3.1 million cats and dogs…A lot has changed at the Home over the past century, with the number of new residents rising and falling alongside economic and sociological changes in our society. Yet the centre has been game-changing in shifting people’s attitudes towards animal welfare, as well as laws, in the UK and globally.