John ‘Halcyon’ Styn humorously started his TEDxAmericasFinestCity talk, Gratitude, Gifting & Grandpa aka Crap or Cone, with, “I have been oversharing myself on the internet for over 15 years…” (in the early days, he ran the CockyBastard site). Styn’s direction has now “gone towards self-growth and spirituality” and his fantastic TEDx talk carried a powerful message of love and spirituality. In it, he describes his amazing grandfather, Rev. Caleb Shikles, and how he influenced his views on gratitude and gifting. Also take a look at Pink Path, his short film that looks at how “Burning Man can wake a person up and show them the path to being a better person in the world.” Both are definitely worth a watch.

John Halcyon Styn frequently speaks to audiences about Gratitude but he has been exploring the edges of online expression for over 17 years. It all started in 2001 as he earned his first Webby award for the over-the-top personal site CockyBastard.com. The social fruits of these digital explorations lead to roles community building at CollegeClub.com, MySpace.com, and co-founding 2 short-lived experimental social media sites.

Today, while still flamboyant and addicted to over-sharing, Halcyon’s path has gone towards self-growth and spirituality. His second Webby award came in 2007 for the video podcast “Hug Nation,” originally co-hosted with his grandfather, Rev. Caleb Shikles. HugNation.com is in its 10th year of weekly live broadcasts and archived “Love on Demand.”

In 2010, Halcyon co-founded the San Diego based “1st Saturdays” homeless outreach program based on the principles of Burning Man and the ideal of “service without sacrifice.” His hair is not naturally pink, he has no tattoos and he inspired us all with this talk at the La Jolla Playhouse on July 2012. 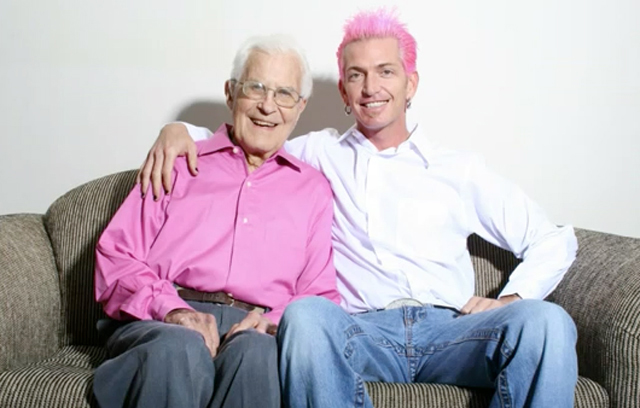