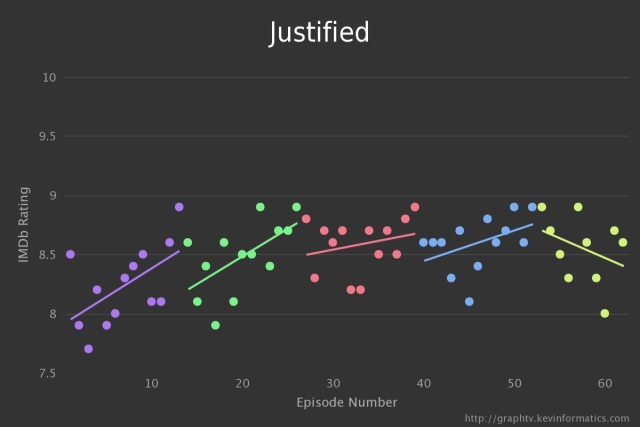 Programmer Kevin Wu has created Web TV, a web tool that produces fascinating graphs based on the IMDb, or Internet Movie Database, ratings of television show episodes. The graphs are color-coded by season, and each data point on the graphs produced by the tool redirects users to the relevant IMDb entry when clicked.

Graph TV is a visualization tool which graphs tv show ratings by episode. Each season is assigned a different color and linear regressions are calculated for each season as well as for the entire series. Each point on the graph displays the episode title, rating, and other data. The data points are clickable and will open its IMDb entry. The graphs are also exportable for offline use. 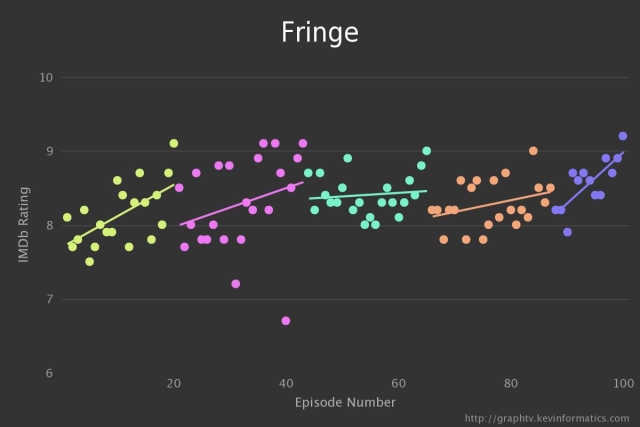 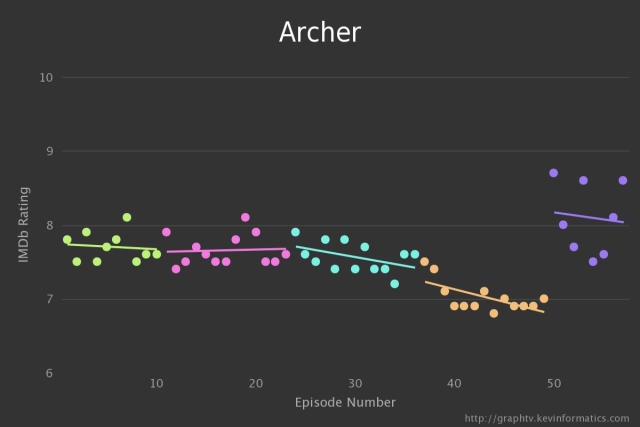 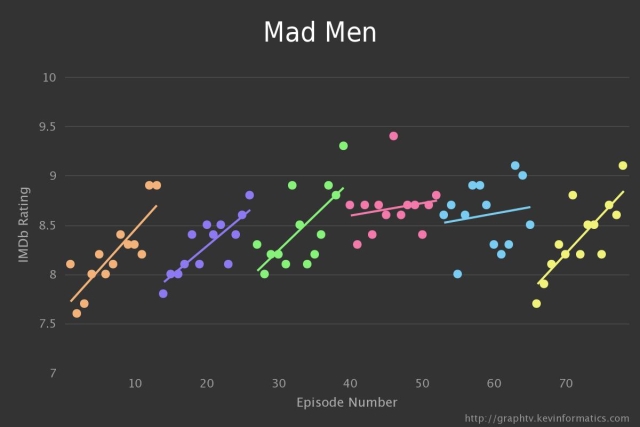