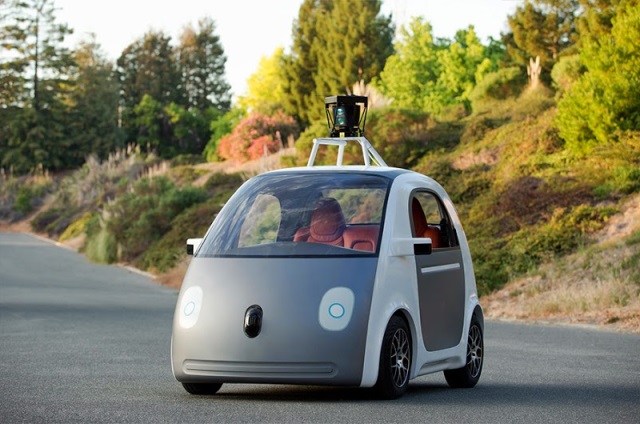 Google has revealed their new self-driving car prototypes which come without steering wheels, accelerator pedals, or brake pedals. The company plans to produce around 100 prototype vehicles, including versions with manual controls, and the goal is to run a pilot program in California within the next couple of years.

As part of the reveal, Google has uploaded a series of videos about the project’s intentions and goals.

We’re now exploring what fully self-driving vehicles would look like by building some prototypes; they’ll be designed to operate safely and autonomously without requiring human intervention. They won’t have a steering wheel, accelerator pedal, or brake pedal… because they don’t need them. Our software and sensors do all the work. The vehicles will be very basic—we want to learn from them and adapt them as quickly as possible—but they will take you where you want to go at the push of a button. And that’s an important step toward improving road safety and transforming mobility for millions of people.