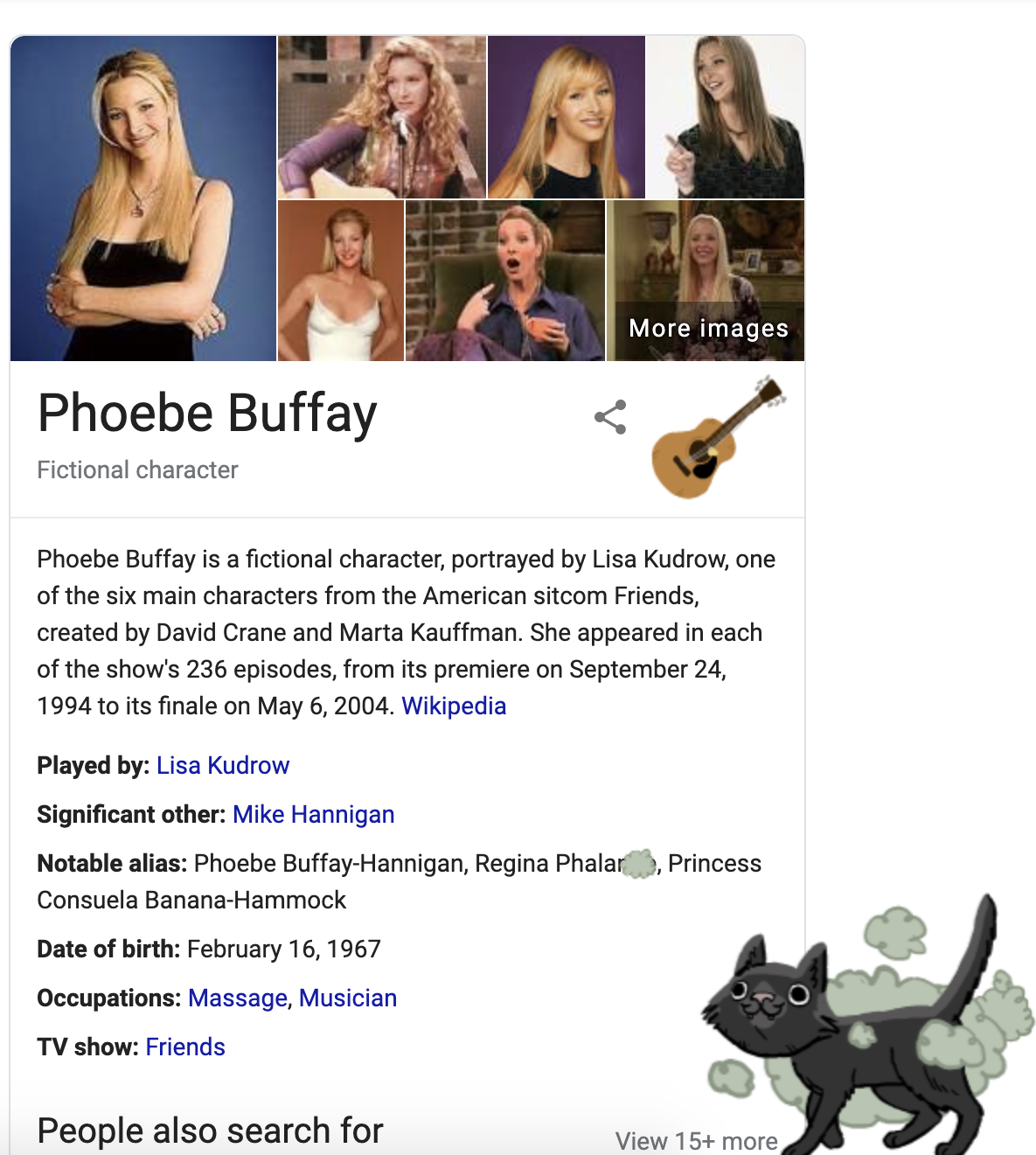 In celebration of the 25th anniversary of the iconic NBC series Friends, Google created a special Easter Egg for searches each of the seven characters from the show. Phoebe Buffay is represented by a “Smelly Cat” from her song, Monica Geller with soap and sponge (for her undying penchant to clean), Chandler Bing with a recliner plus The Chick and The Duck, Rachel Green with her iconic hairstyle, Ross Geller with a tilted sofa (moving day) and of course Joey Tribbiani with food (“Joey doesn’t share food.)

Very excited we at Google did a special Easter Egg for Bing.

And all the #Friends characters. Click on the special icon next to their names. pic.twitter.com/IMjPsp5U51 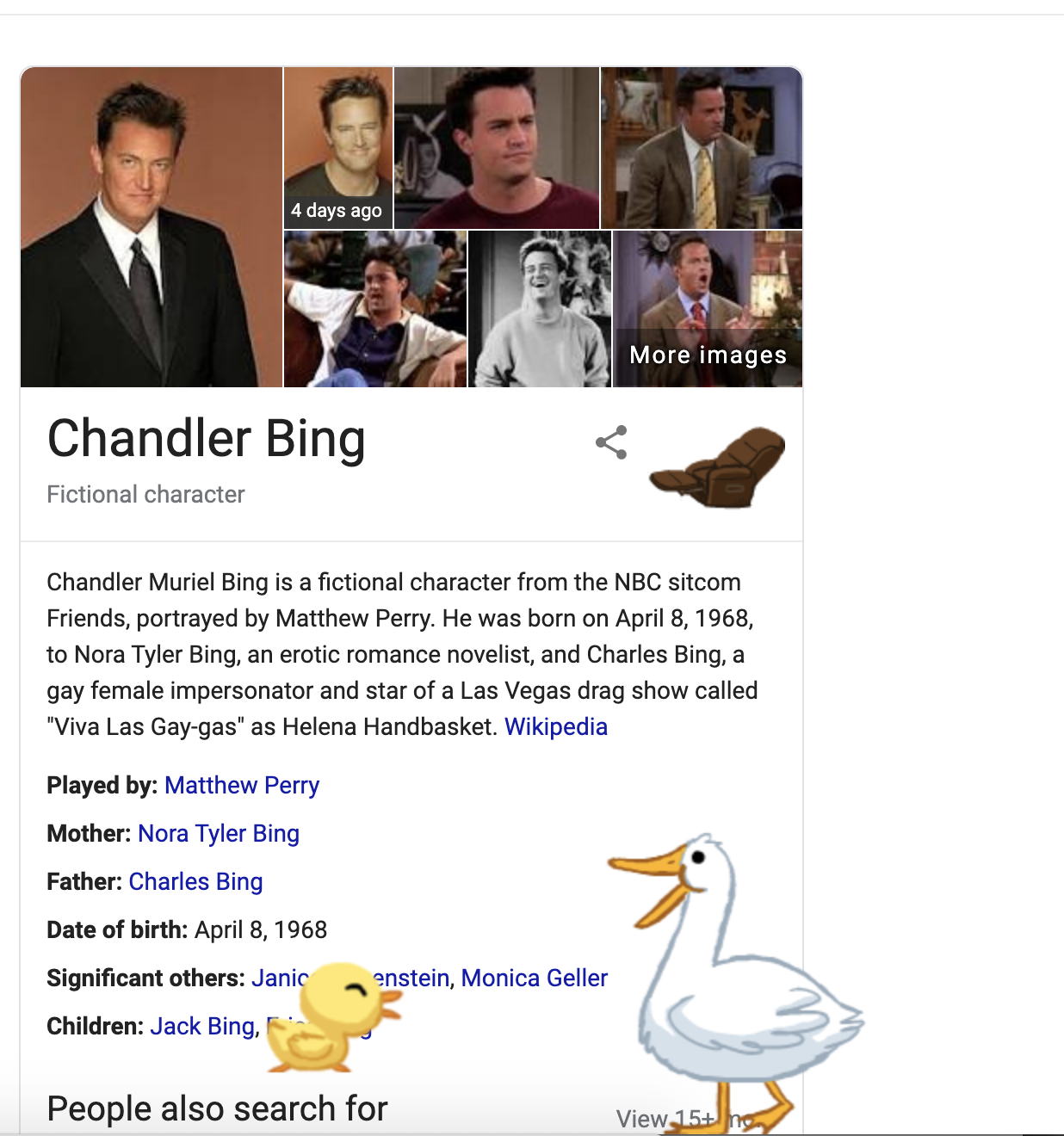 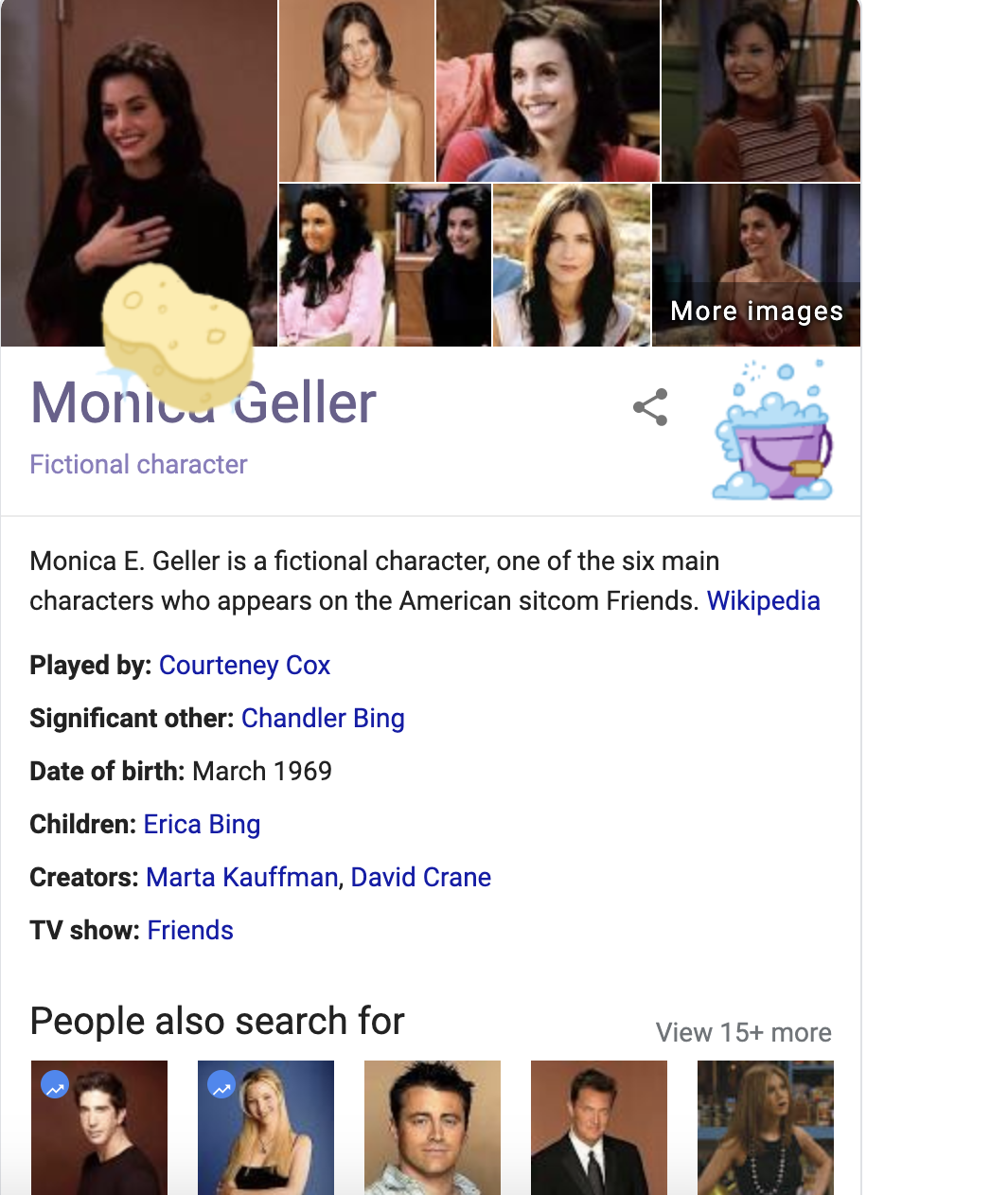