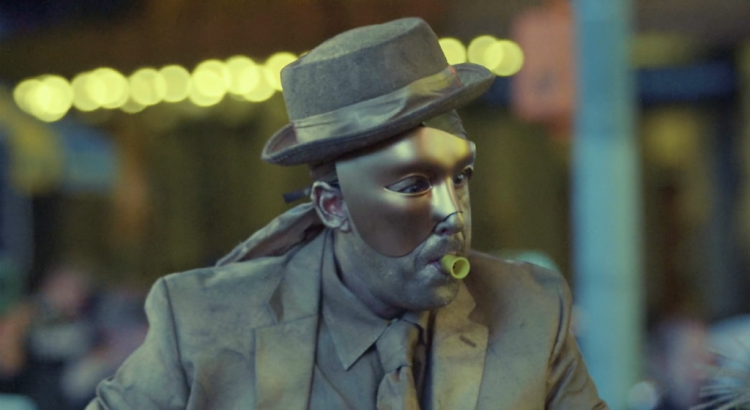 In the brilliant short film “Goldman v Silverman” by Josh and Benny Safdie of Red Bucket Films and Elara Pictures, Ron Goldman (Adam Sandler) is a street performer dressed head-to-toe in gold who performs for crowds in New York City’s Times Square. His routine is a little tired but is done in complete earnest.

Despite the sincerity, Al Silverman (Benny Safdie), a younger and shinier performer dressed in silver, is the first to make fun of the “gold man”, yet his own routine is nearly exactly the same. The film shows how each man deals with the other and with their own selves.

Rod Goldman and Al Silverman are street performers who work the tourist scene of Times Square. Goldman gets no respect and Silverman is the first one to make sure of that. 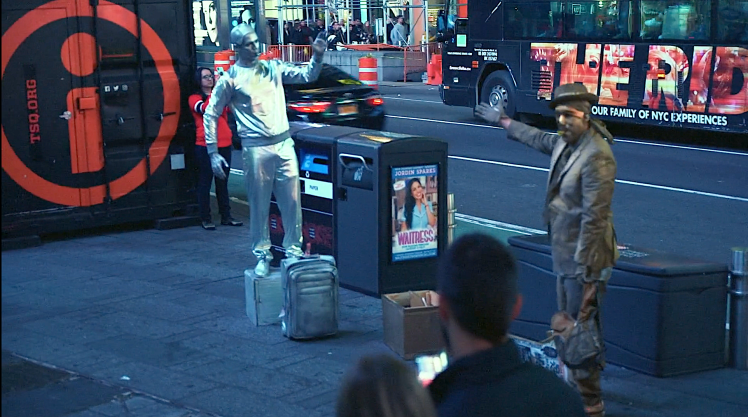