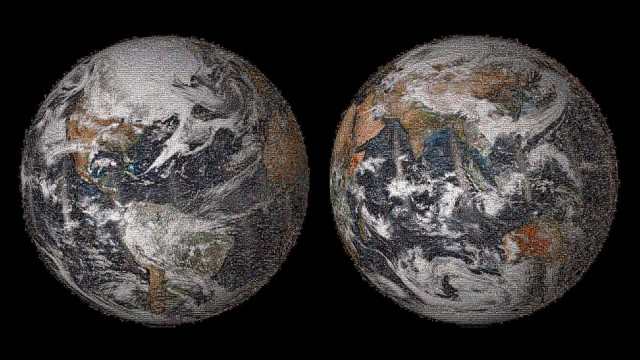 NASA has created “Global Selfie”, a mosaic image if Earth made out of 36,422 submitted photographs from 113 countries and regions as part of a celebration of Earth Day 2014. The resulting 3.2-gigapixel image, available at Gigapan, is zoomable so that users can take a closer look at photographs from which it was compiled.

The mosaic is based on views of each hemisphere that were captured on April 22, 2014, by the Visible Infrared Imaging Radiometer Suite instrument on the Suomi National Polar-orbiting Partnership (NPP) satellite, a joint NOAA-NASA mission. The diagonal stripes in the images are due to the satellite capturing the reflection of sunlight off ocean waters.