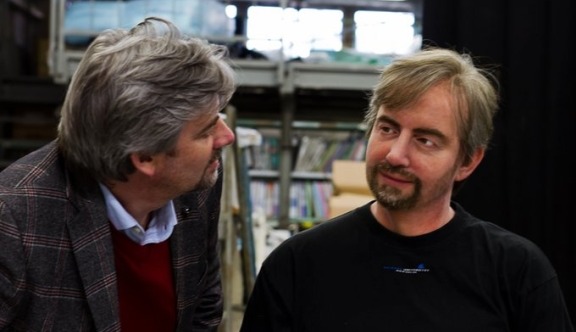 Geminoid|DK is a startlingly realistic robot twin of Henrik Scharfe of the University of Aalborg in Denmark. It is designed to replicate the movements and facial expressions of a human operator, and it does so in a decidedly life-like manner (see the videos of a facial movement test and a mimicry test.)

Scharfe and his team collaborated with Hiroshi Ishiguro and the Japanese researchers behind Telenoid, Elfoid, and two previous generations of Geminoid (H and F.)

Geminoid|DK will be the first of its kind outside of Japan, and is intended to advance android science and philosophy, in seeking answers to fundamental questions, many of which that have also occupied the Japanese researchers. The most important questions are: