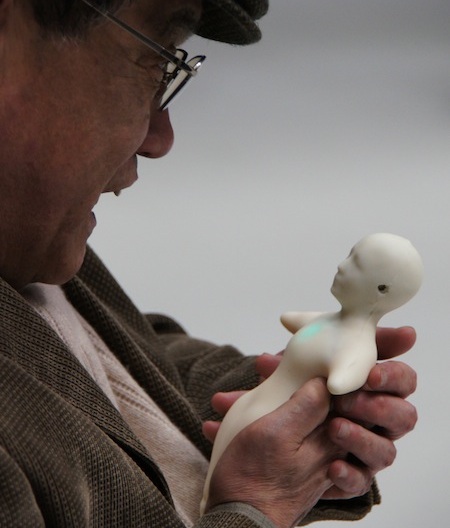 The same Japanese robotics team that created the unsettling human-ish Telenoid robot has now released a prototype of Elfoid, a phone that looks like a human tadpole. It has the same basic appearance as its larger sibling, with a realistic face, flipper-like arms, and fused legs. The current version does not move but future Elfoids will mimic the expressions and movements of the fully formed human at the other end of the line. If you can’t get enough of the Elfoid, there’s a video of a person handling the phone in what is either mute astonishment or horror.