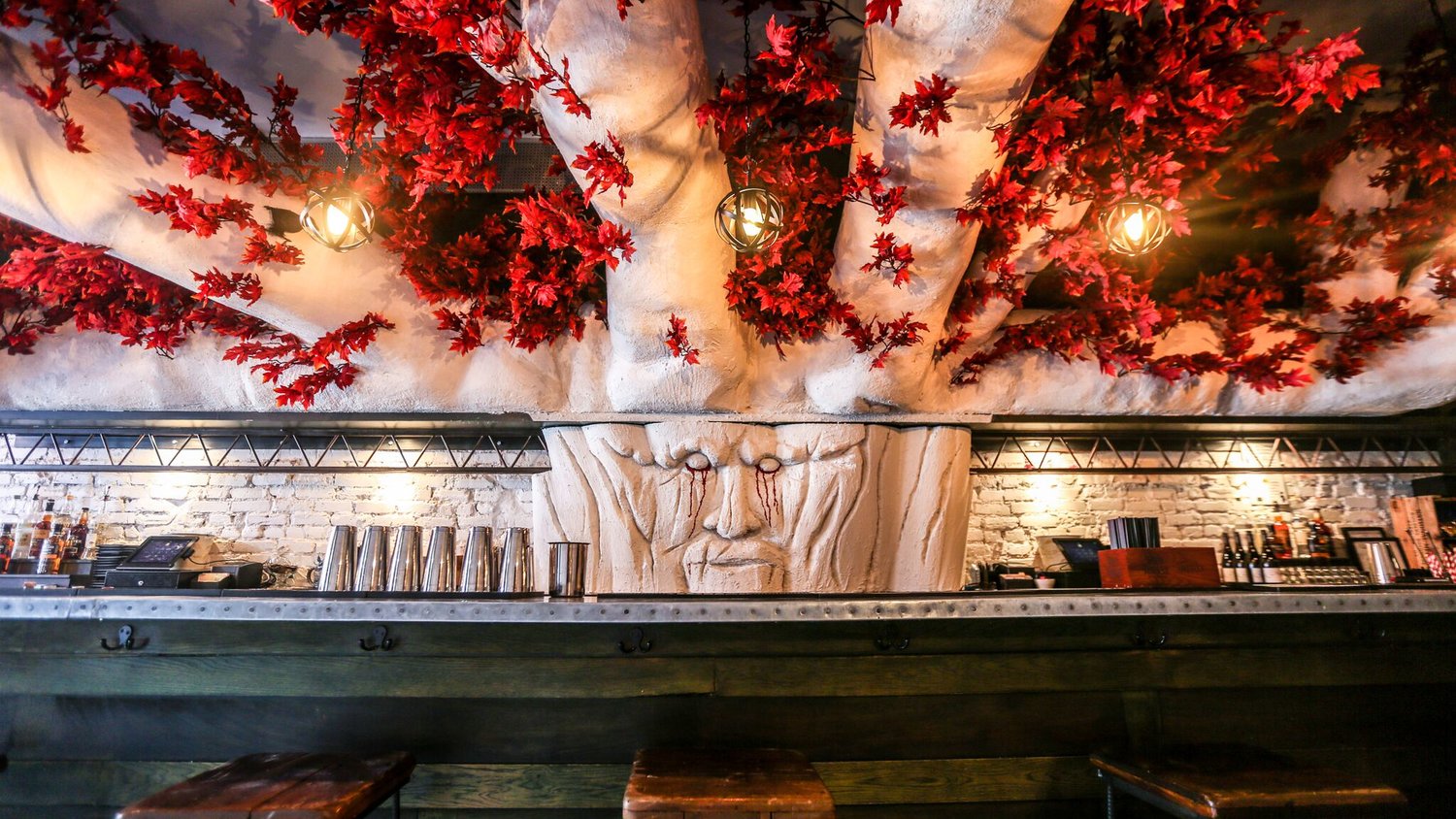 Creative restaurant/bar group Drink Company is celebrating the seventh season summer return of the wildly popular HBO series Game of Thrones with an incredible pop up pub in Washington DC that recreates the familiar yet wondrous worlds found within the series.

Among the features included is an Iron Throne upon which to pose with accompanying chalice and (faux) fur, a reproduction of the distinctive Hall of Faces, accordingly themed drinks, and Danaerys’ three dragons who light up the corners every so often.

At the Game of Thrones PUB, guests will visit scenes from the North, the Red Keep, Mereen, the House of Black and White, and the Throne Room. Cocktails such as What is Dead May Never Die and The Lannisters Send their Regards will be paired with the show’s soundtrack. …Some cocktails evoke a setting, such as The North Remembers. The scotch based drink is served in a horn tankard, and can easily be pictured in the hands of any Stark. The Dothraquiri, a daiquiri variation named for the Dothraki warriors, features local rum Cotton & Reed, creme de cacao, and banana liqueur. Ommegang Brewery’s Bend the Knee, the official Game of Thrones beer, will be on draft