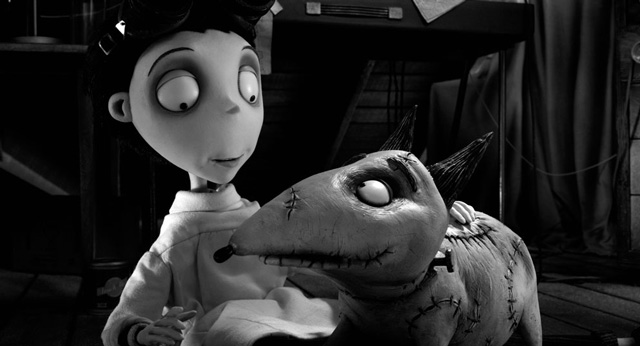 Frankenweenie is a feature-length animated film collaborative effort by Tim Burton and Disney based on Burton’s 1984 classic black-and-white short of the same name (parts 1, 2). The film’s trailer is now available to view and the film opens in theatres on October 5, 2012.

After unexpectedly losing his beloved dog Sparky, young Victor harnesses the power of science to bring his best friend back to life — with just a few minor adjustments. He tries to hide his home-sewn creation, but when Sparky gets out, Victor’s fellow students, teachers and the entire town all learn that getting a new “leash on life” can be monstrous. 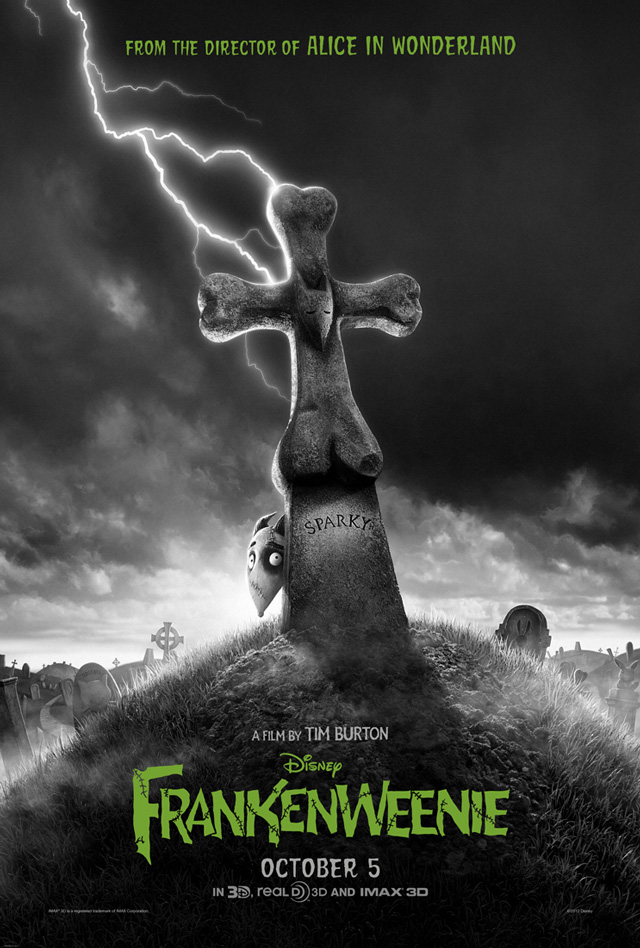 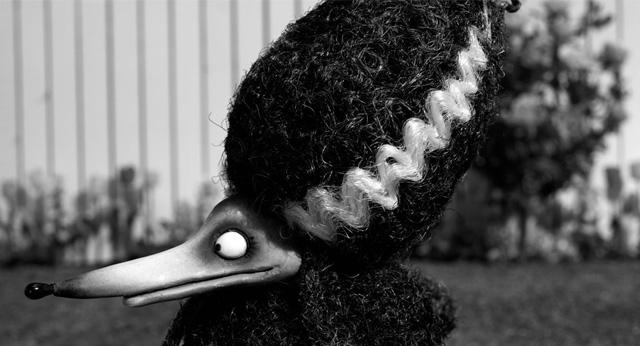 Interesting trivia from IMDB on the original live-action version:

Tim Burton was fired from Disney for “wasting” their resources on films like this which they deemed too scary for family viewing. That did not stop Disney from releasing it on VHS after Burton became famous, although only in a censored version.

Here is the original Frankenweenie (which starred Shelley Duvall, Daniel Stern and Barret Oliver) from Burton in two parts: