Flint and Tinder is an ambitious apparel startup by Jake Bronstein that will manufacture premium quality men’s underwear entirely in the United States. Bronstein has partnered with an American garment factory and is raising the $30,000 startup costs by pre-selling the underwear on Kickstarter. The name of the company has an interesting backstory:

The name comes from something the first (and only) venture capital firm – banker-types who invest in businesses – we went to for money said. After a lengthy presentation regarding our plans to “reignite American manufacturing by offering higher-quality products at competitive prices,” the guy on the other side of the table said, “the only way to reignite American manufacturing is with a flint and tinder.”

It was his way of saying he wouldn’t invest. It’s also a bit of a misnomer – it takes flint and steel to make a spark, though tinder will help get you fire from there. But it also has a ring to it. Sometimes even rejection comes with a silver lining. 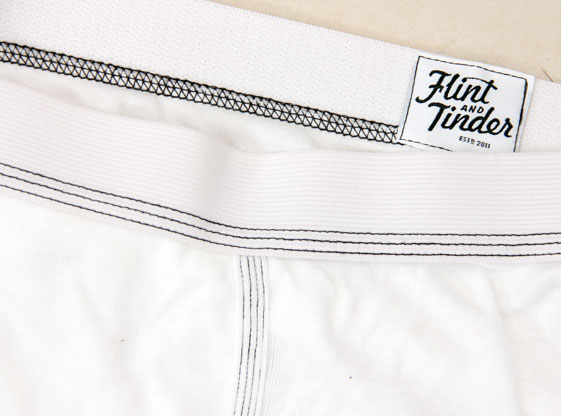 via Put This On