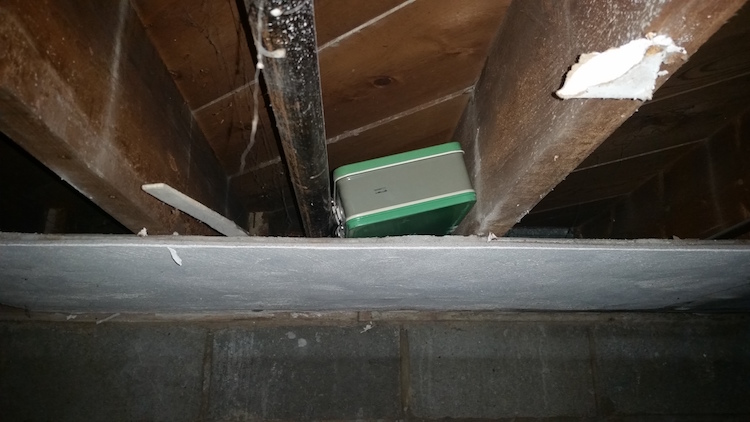 While remodeling the basement of his mid-20th century home, branik12 discovered a mysterious green box that had been walled into the ceiling many, many years ago. Curious about his find, he brought the box outside to get a closer look, using an Baby Banana Infant Training Toothbrush and Teether for scale (“Spent the next 30 minutes looking for a banana. This is the best we could find. Deal with it.”) As he peeled off the layers, branik12 was able to calculate the age of the box by the newspaper that lined the top and bottom. The rest of the story and more pictures can be found here. But wait, there’s more… A few days later branik12 found a second box.

So my family and I have been living in our house we bought some years back. The house was built in the late 40’s. I am a 35 year old do-it-yourselfer so I had remodeled everything on the first and second floors when it came time to remodel the basement. We peeled back the walls and revealed some random writing and drawings. Nothing too special here. …I stumbled upon a box in the ceiling. Cool! A treasure. …I took the box outside and gathered the wife. It has something inside, but not heavy like coins or gold bars. Might get lucky though. Could be old sports cards? 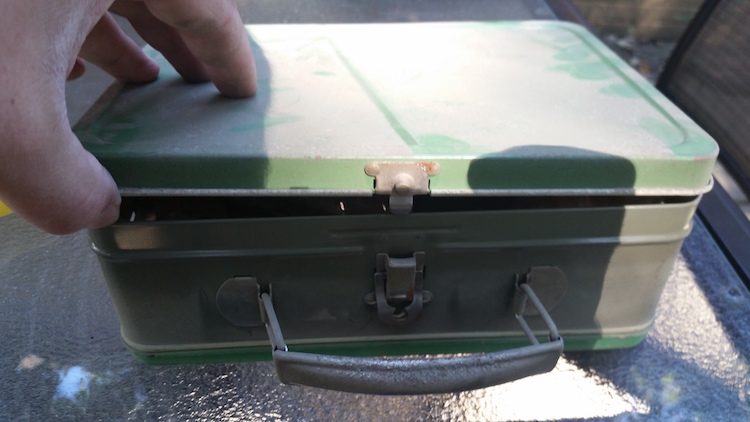 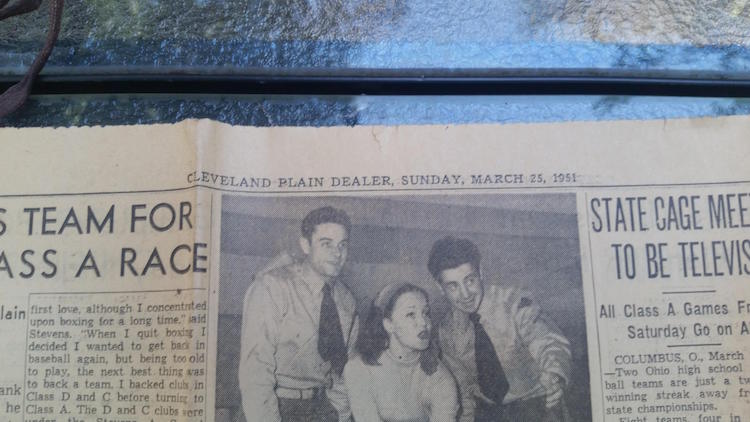 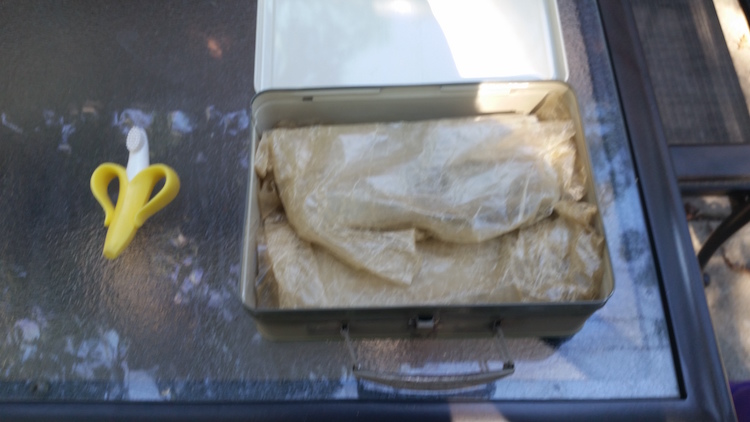