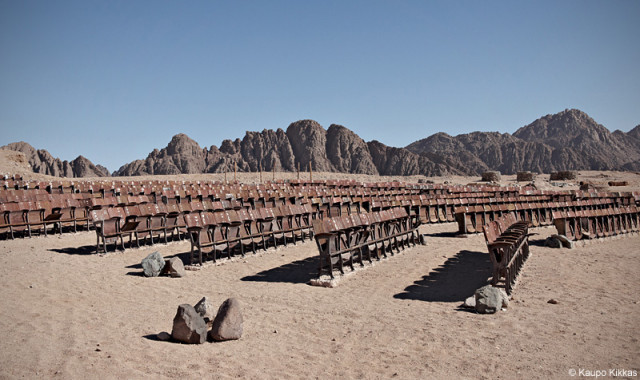 Estonian photographer Kaupo Kikkas took these eerie photos of the End of the World Cinema, an abandoned outdoor movie theater located in the desert on Egypt’s Sinai Peninsula. According to Kikkas, the theater was the brainchild of an anonymous French man, who had it built in the early 2000s. The theater featured vintage seats and a projector from an old cinema in Cairo, a screen, and a projection building that housed a generator. The project ran afoul of local authorities and no movie was ever screened at the theater. 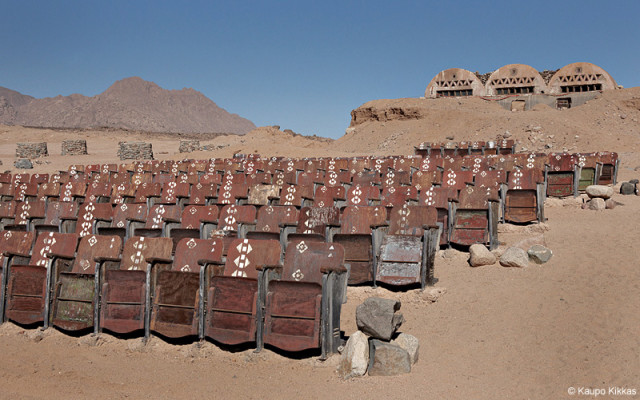 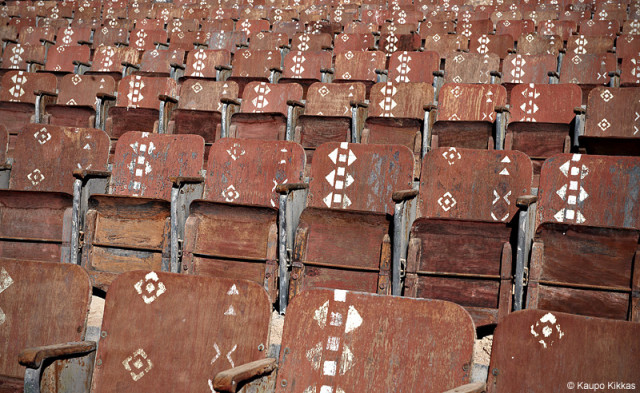 via abandonedography, The Only Magic Left is Art, Lustik