Electronicos Fantasticos is a highly inventive band fronted by electronic artist Ei Wada. Each of the band’s instruments is made by the Open Reel Ensemble (previously) from recycled electronics, such as a retro-monitor bass called a Telele, a bar-coder, CRT-TV Drums and an incredible electric fan harp that’s played like a guitar or an upright bass.

By attaching a disk with holes to the fan, it converts blinks of lights to electric signals and generates sound from a bass amplifier. Different numbers of holes can generate a musical scale, and turning on/off of the power makes it roar.

The band performed an amazing cover of the classic New Order song “Blue Monday” on these incredible instruments.

The band explains the idea behind each of these instruments.

(translated) Once we dismantle old consumer electronics, we realize the condensed wisdom of pioneers and the interesting and mysterious scientific / physics phenomenon hidden inside these objects. By transferring these into electronic musical instruments, a sound like a groan of electronics begins to echo. Old consumer electronics come to life as yokai—supernatural creatures from Japanese folklore, sometimes they appear as spirits of abandoned tools. 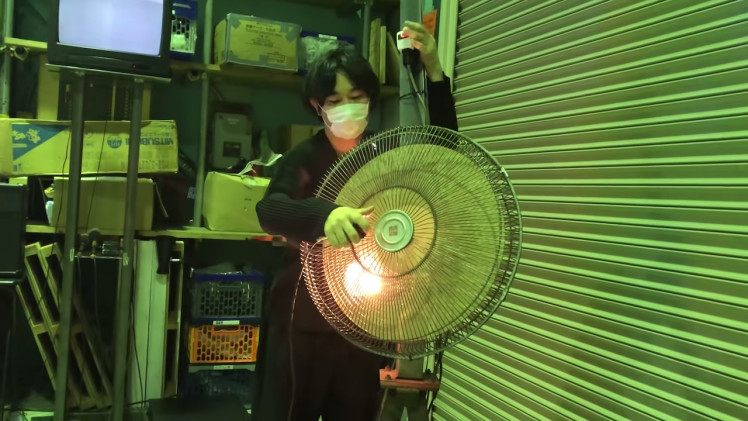 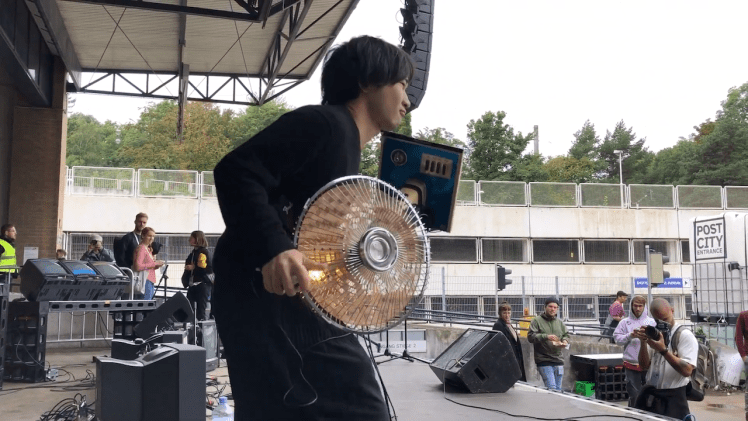 Here are some of the other instruments that have been created.

A post shared by ELECTRONICOS FANTASTICOS! (@electronicosfantasticos) on Nov 2, 2019 at 7:20am PDT

A post shared by ELECTRONICOS FANTASTICOS! (@electronicosfantasticos) on Oct 15, 2019 at 4:58am PDT

A post shared by ELECTRONICOS FANTASTICOS! (@electronicosfantasticos) on Jul 20, 2019 at 7:52am PDT

A post shared by ELECTRONICOS FANTASTICOS! (@electronicosfantasticos) on Jul 4, 2019 at 12:27pm PDT