Syd explains how producer Quincy Jones first approached legendary guitarist Pete Townshend. Townshend declined, but recommended Van Halen in his place. Van Halen agreed. The recording session took only about 20 minutes, but in that time Van Halen managed to rearrange Jackson’s composition and even set an amp on fire.

Eddie would play the solo and according to engineers in the studio it was during that session that one of the speakers caught on fire. One of the engineers would exclaim ‘this must be really good.’…Eddie would tell CNN he listened to the track and re-arranged the entire track while Jackson was out of the studio, but the pop star had no issue with the song’s new arrangement 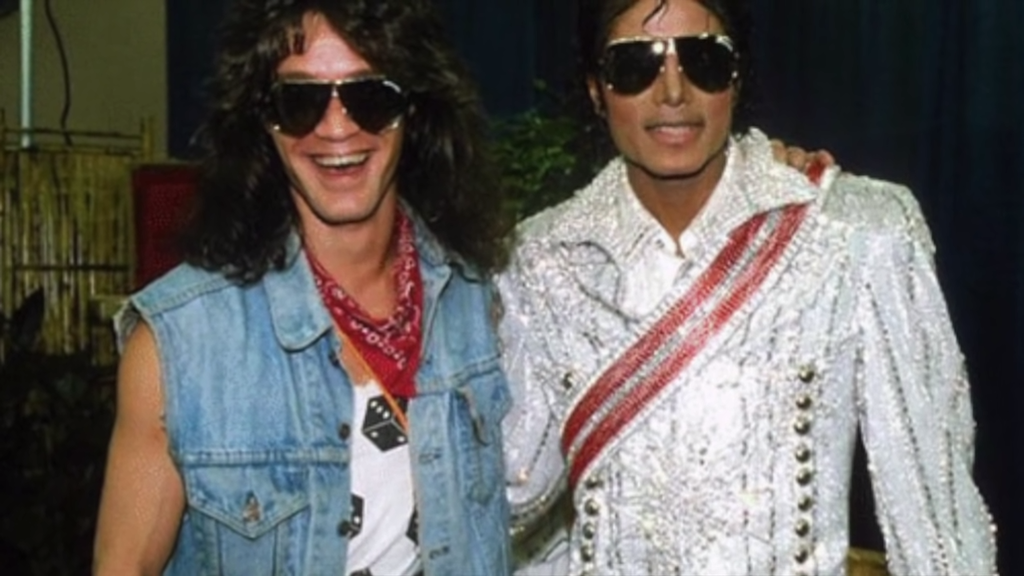 While Van Halen was neither paid nor credited for his performance, his distinctive presence on the song introduced a whole new audience to the music of Michael Jackson. Though there were some naysayers.

Following the release of Thriller, Eddie recalled being at Tower Records and hearing the song playing in the store and how some people were critical of his guitar playing on the track…I hear these kids in front of me going, ‘Listen to this guy trying to sound like Eddie Van Halen.’ I tapped him on the shoulder and said, ‘That is me!’ That was hilarious.’

Here is Van Halen’s isolated guitar solo from the song.

Here’s the song in its entirety.

Here are Michael Jackson and Eddie Van Halen performing together in 1984.