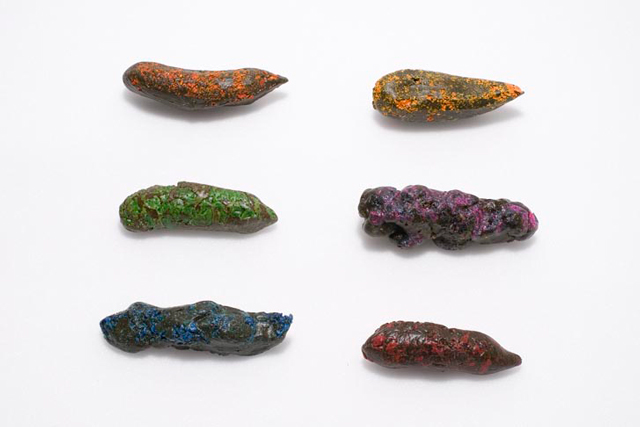 E.chromi is a project created by designers and synthetic biology scientists at Cambridge University in 2009. They genetically engineered bacteria to “secrete a variety of coloured pigments, visible to the naked eye”. BioBricks, standarized sequences of DNA, are inserted into E. coli bacteria, which creates a color coding system to monitor for disease. A special beverage loaded with this engineered E.coli bacteria is consumed by sick patients who can then diagnose their disease simply by looking at the color of their poop.

Each BioBrick part contains genes selected from existing organisms spanning the living kingdoms, enabling the bacteria to produce a colour: red, yellow, green, blue, brown or violet. By combining these with other BioBricks, bacteria could be programmed to do useful things, such as indicate whether drinking water is safe by turning red if they sense a toxin. 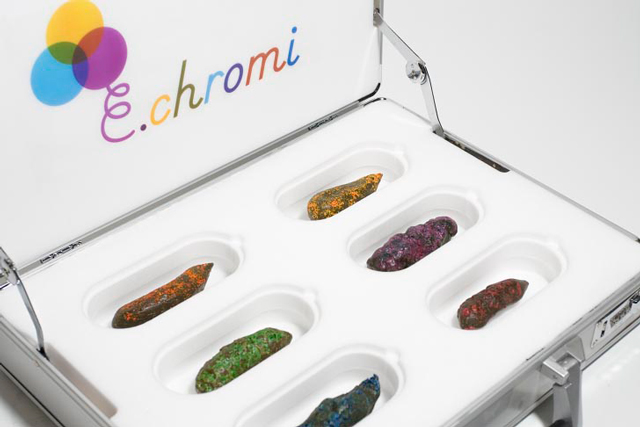 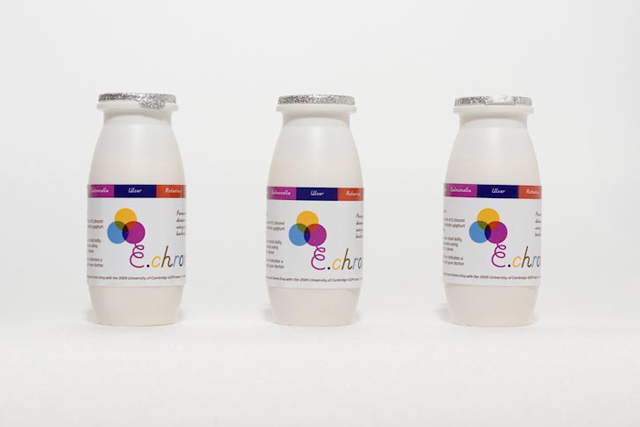 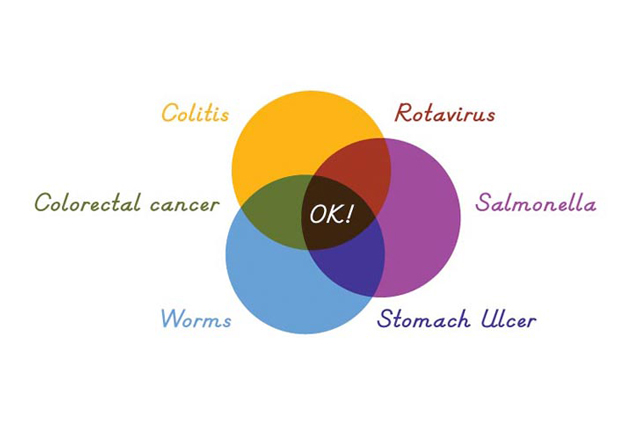 Designers Alexandra Daisy Ginsberg and James King worked with the team to explore the potential of this new technology, while it was being developed in the lab. They designed a timeline proposing ways that a foundational technology such as E. chromi could develop over the next century. These scenarios include food additives, patenting issues, personalised medicine, terrorism and new types of weather. Not necessarily desirable, they explore the different agendas that could shape the use of E. chromi and in turn, our everyday lives. This collaboration has meant that E. chromi is a technology that has been designed at both the genetic and the human scale, setting a precedent for future collaborations between designers and scientists.

via inhabitat and Christina Xu

images via inhabitat from Alexandra Daisy Ginsberg and James King