Paul Addis is back with a new website and a new solo performance at The Dark Room theater in San Francisco.

Both show and site are entitled Dystopian Veneer. And Paul has strong feelings, as usual, about the San Francisco he sees after two years… of imposed absence.

Dystopian Veneer is an unconventional, darkly comedic satire about a few various causes and effects loose in the current phase of human society. From the meltdown of Wall Street to the questionable influence of secret societies, modern religion’s vapid fecklessness, and humanity’s potential for actual evolution at this juncture, a representative operator lays out the halftime report of an organization whose social contract expires at midnight, December 21, 2012. The typical lines separating stage performance from real life will be disregarded, and the audience brought into new roles as contributors, instigators, and willing agents thereafter.

A longtime participant in the San Francisco arts community, in recent years Paul has gained notoriety, sparked intense discussion, had a stay in the Nevada Correctional System (and won unanimous approval from the Parole Board), inspired street art, and generally inflamed controversy, all stemming from an episode of premature ignition at Burning Man 2007.

That fiery interlude led to the cancellation of the west coast tour of his celebrated one-man show about Hunter S. Thompson: Gonzo, A Brutal Chrysalis. Scott took photos of the San Francisco performances. Paul’s other stage work includes playing Col. “Bat” Guano in a stage production of Dr. Strangelove

Currently a single performance of Dystopian Veneer is scheduled for April 30th, but additional showings are likely to be added. Tickets are on sale now. 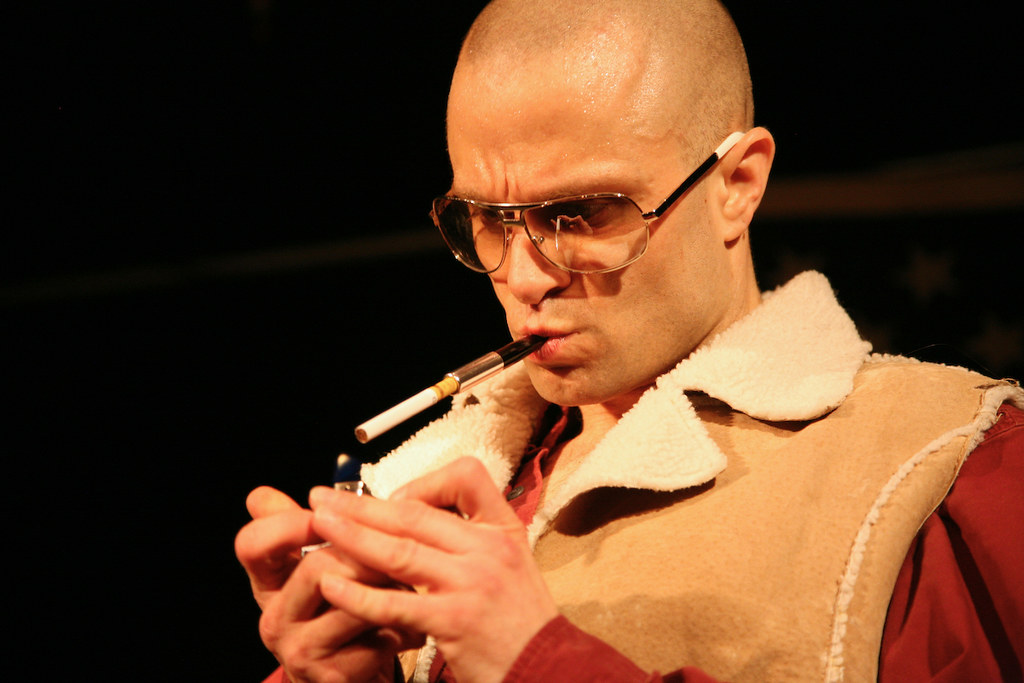