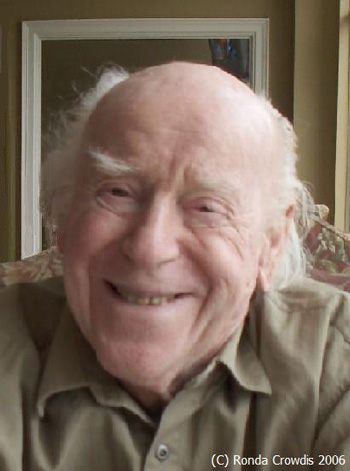 Accomplished Canadian museum curator Donald Crowdis is truly inspiring. At age 93, he is actively posting to his blog “Don to Earth” and he has developed quite a following online, with many of his posts generating dozens of comments. It’s quite possible that he is one of the world’s oldest bloggers. I’ve been reading his blog for a while and on Tuesday he forced us to contemplate our inevitable mortality when, after recently suffering from a stroke, he announced that he just isn’t ready to go yet.

I’ve floated on the remark “Been there, done that” for some time now, but the notion that the moment is approaching when I can no longer say this bothers me. The truth is, I don’t want to go.

UPDATE: Manuel informs us that 95 year-old MarÃ­a Amelia is the world’s oldest blogger.