Scottish sportscaster Andrew Cotter (previously) came across his beloved dog Olive staring intently at the screen of a laptop computer and decided to have a look at what she was doing. It turns out, Olive had signed up for an online dating service, but under slightly false pretenses.

Runner up at Crufts? No, you weren’t. And you’ve been working as an explosive detection dog? You can’t even find that tennis ball in the flower bed. And you starred in the stage adaptation of ‘Marley and Me’? As what? John the owner? That doesn’t even make sense. 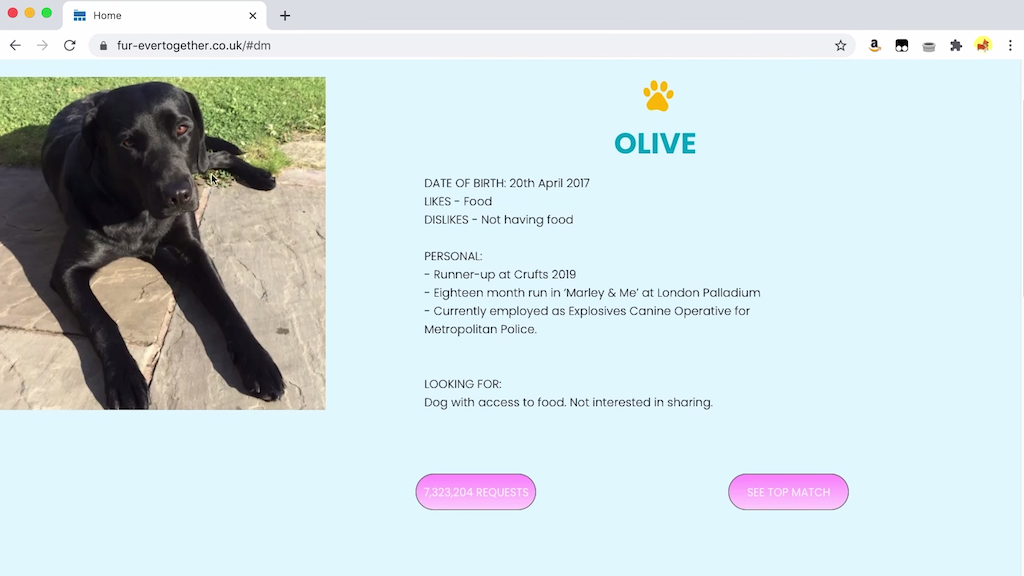 Despite the stretched truth, Cotter clicked to see who responded to Olive’s profile. As it turns out, the top responder was good old Mabel. Mabel stayed closer to the truth on her profile but did elaborate just a bit on one point of fact.

You own a small slightly chewed twig and a squeaky Christmas pudding. See at least this is accurate. Oh, hang on here we go, What? You worked at NASA for three years? That’s nonsense. I mean it was 18 months tops. 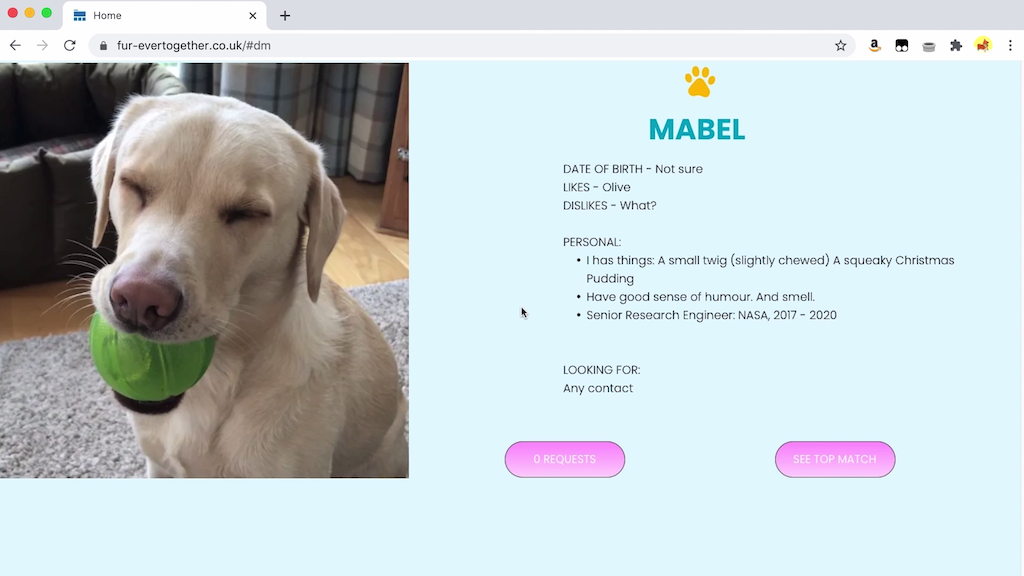 After all that, Cotter wished his two wonderful dogs well.

You two, you belong together. 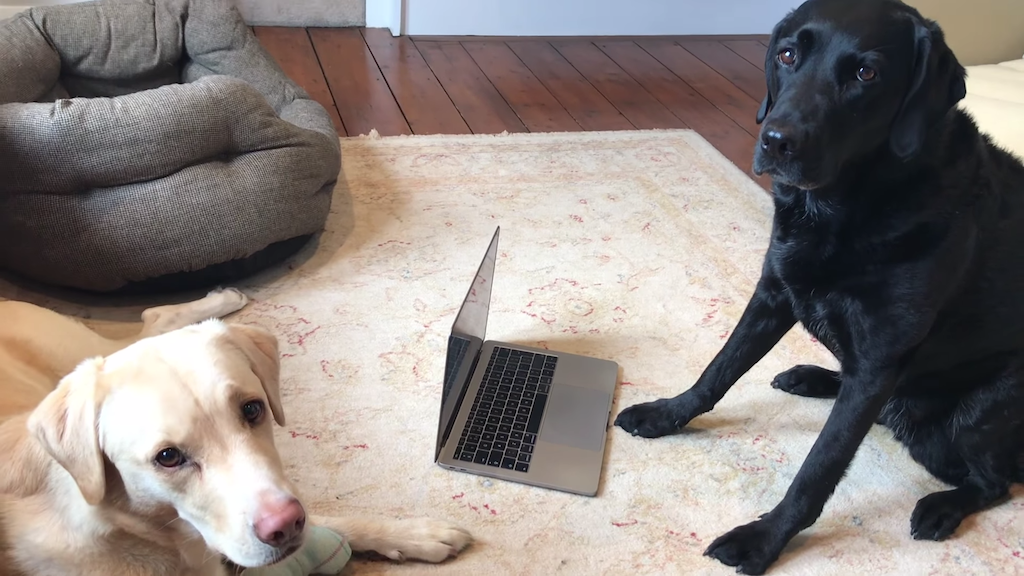