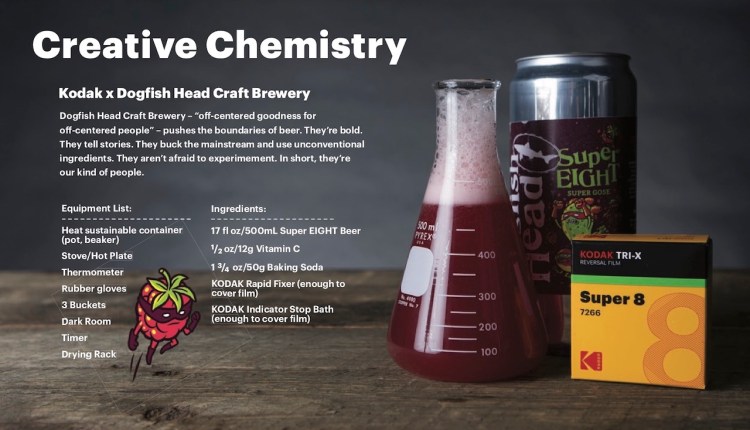 Dogfish Head Craft Brewery partnered up with Kodak to develop SuperEight, a puckery super Gose that has the perfect pH level to, in combination with other natural ingredients, process Kodak’s Super 8 film.

This sessionable super Gose is brewed with eight heroic ingredients: prickly pear, mango, boysenberry, blackberry, raspberry, elderberry, kiwi juices, toasted quinoa and an ample addition of red Hawaiian sea salt! …These unique ingredients give this beer a vibrant red color, with delicious flavors of berries and watermelon, along with a tart – yet refreshing – finish. But that’s not all … it also effectively develops Kodak’s Super 8 film. From the can to the stop bath, there’s a whole lot of science and alternative processing that takes place to bring the imagery to life. And it’s so totally worth it..

One such film captures a trip to Philadelphia in glorious black and white.

Notable for its rich history, iconic film scenes, and for being a city of firsts, take a trip to Philadelphia – the City of Brotherly Love – in this special installment of #FILMTRAVELS. Shot on KODAK Super 8 film and hand processed in Dogfish Head SuperEIGHT beer.

It all started when Dogfish founder & CEO Sam Calagione learned during a Kodak podcast that if the pH of a beer is low enough, it just might be able to develop their Super 8 film. Challenge accepted. 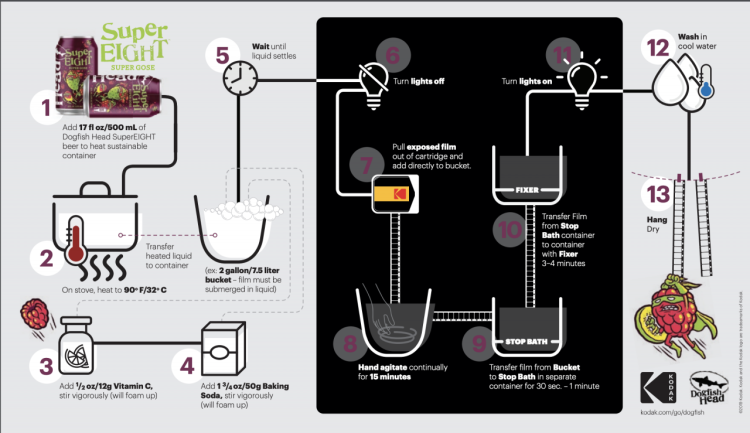