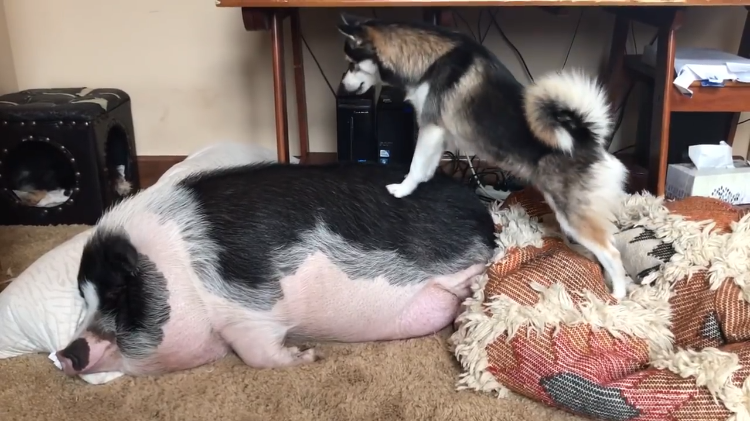 A very playful husky dog hilariously tried waking up a snoring pig by repeatedly pushing down on the pig’s hindquarters. After several unsuccessful attempts, the drowsy porcine got up to see who was creating a disturbance but the dog had cleverly bolted out of the room momentarily and then came back in as if for the first time, to convince the pig to go outside and play.

This dog tries to wake up a sleeping pig but the lazy pet pig doesn’t want to get up, in hilarious footage captured at a home in California.