Miley was a homeless dog living on top of a pile of garbage in a junkyard when she was rescued by Hope for Paws. She was malnourished, suffered from mange, parasites and bacterial infections and according to her rescuers, Miley “was really shut down”. That is until Frankie the black Chihuahua came along. Frankie had been rescued from a drainage pipe and was “so scared of everything”. Miley helped Frankie to heal himself while she was doing the same for herself. Quite successfully as you can see from her photo taken one month and one day after her rescue. 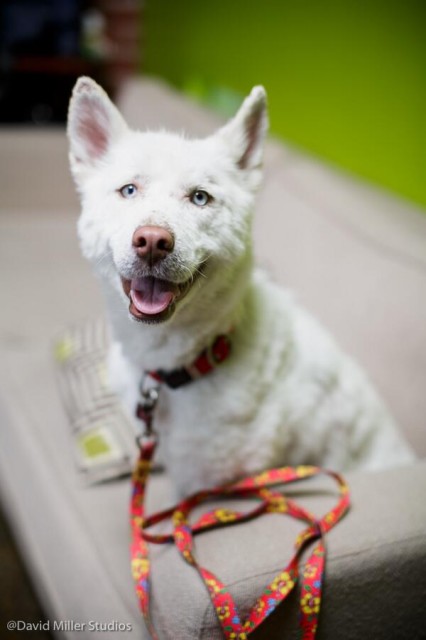 Both Miley and Frankie are both being fostered and are currently up for adoption thanks to the hard work of Hope for Paws.