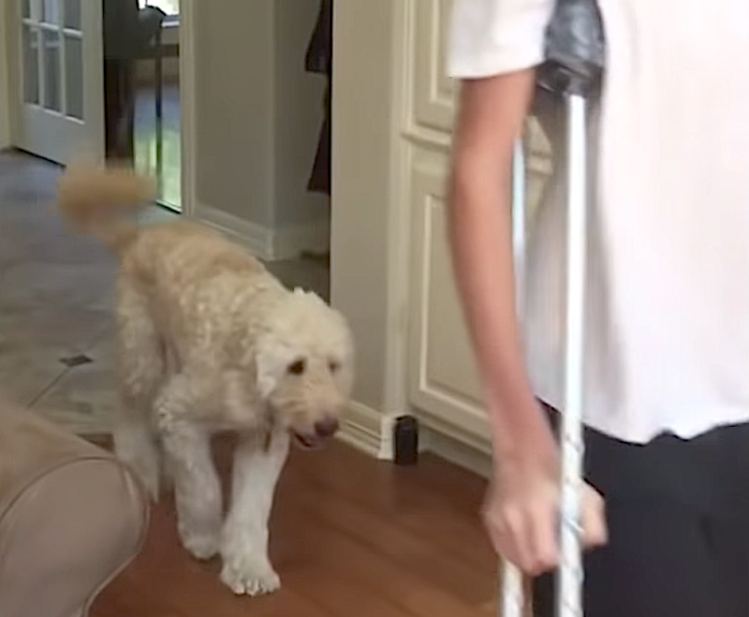 A big fuzzy dog named Sawyer followed closely behind his beloved human as he walked down the hall. The boy had broken his leg and was using crutches, which concerned the devoted dog. In solidarity, Sawyer proudly put a sympathetic limp into his own step as they both entered the room.