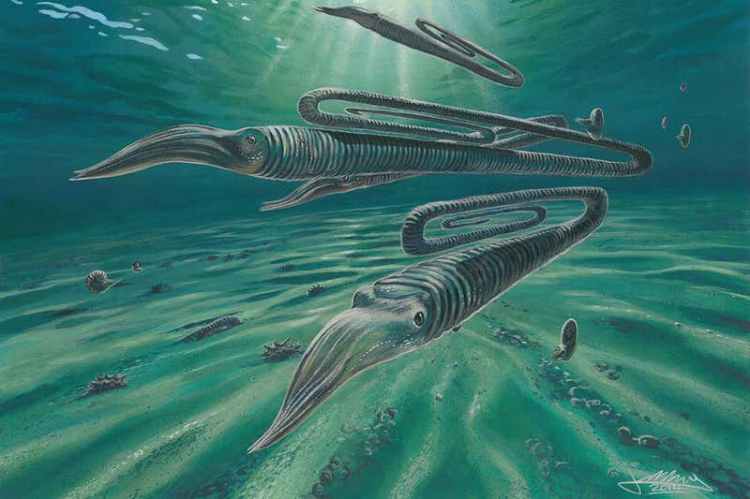 Scientist Linda Ivany, a Professor of Evolutionary Paleoecology and Paleoclimate at Syracuse University in upstate New York, and her team studied the remains of a now-extinct Diplomoceras maximum, a fascinating ammonoid. This pre-historic cephalopod-like creature lived about 68 million years ago. The animal was probably most similar to squid but had a unique shell that bent into itself over and over much like a paper clip, as the ammonoid grew. Ivany determined that these underwater creatures lived an astonishing 200 years. The lifespan for modern cephalopods is far shorter than that.

At first glance, a 200-year-old shellfish might seem unremarkable, given that some modern shellfish can live more than twice as long. But D. maximum was a cephalopod, and all modern cephalopods live fast and die young. Octopuses and squid – even the gigantic forms – live no more than about 5 years. Nautilus, shelled cephalopods, can survive into their twenties.

The difference is probably the temperature of the water and slower metabolism. The Diplomoceras maximum was believed to live in the waters off of Antarctica, which provided a harsh environment.

Ivany speculates that the ammonite might have had a slow metabolism to cope, and lived a long life as a side effect. Alternatively, a long lifespan might have been an adaptation to maximise the chances of reproducing successfully in such a challenging environment.