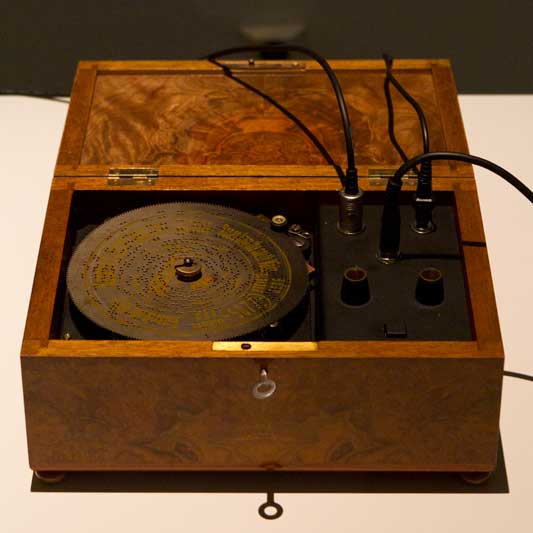 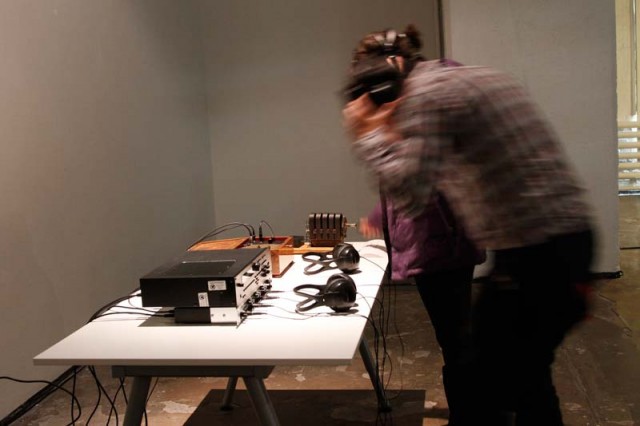 “Digital Enhancement” is an antique Symphonion music box that has been converted into a MIDI sequencer (video). The music from its steel music discs are converted by the sequencer into MIDI, which then plays through a synthesizer that is programmed to sound like a Symphonion. “Digital Enhancement” was created by Swiss artist Martin Bircher. We previously wrote about Bircher’s wonderful “Type Case”, a typographer’s case that was converted into an LED display.

“Digital Enhancement” is an interactive sound installation consisting of an electrified Symphonion Brevet No. 28, a synthesizer, an amplifier and four headphones. The Symphonion musical box dates back to the beginning of the last century and its mechanical workings are combined with digital technology to convert it into a MIDI sequencer. The original music, embossed on steel plates, can be played on the synthesizer, which is programmed to mimic the sounds of the Symphonion. In order to operate the sequencer, a hand-cranked dynamo serves as a remote control.

Thanks to Martin Bircher for the tip.