Ringling College of Art and Design graduates Ashley Graham, Kate Reynolds, and Lindsey St. Pierre have created “Dia de los Muertos”, an animated short about a young girl remembering her deceased mother on the Mexican holiday Day of the Dead.

On the Day of the Dead in a small village, bright balloons fly and firecrackers pop. Unfortunately for one little girl, there is only sadness at her recently deceased mother’s grave. But as she wipes away tears, she is suddenly dragged to the land of the dead! Surrounded by partying skeletons and papel picado, she learns that Dìa de los Muertos is not about fear, but about celebrating the end, which in many ways is just the beginning. 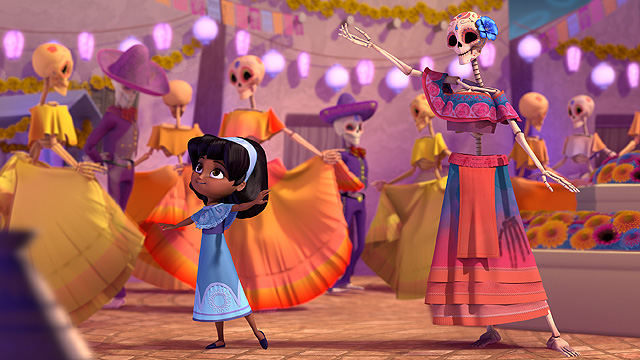