The National Science Foundation has released the first high-definition closeup footage of the sun’s surface. These astounding images, which were captured using the Daniel K. Inouye Solar Telescope, which is located on the Hawai’ian summit of the Haleakala Volcano in Maui, revealed boiling surfaces cells that look like bubbling corn cereal and are each as big as the size of Texas.

"The Daniel K. Inouye Solar Telescope has produced the highest resolution image of the Sun’s surface ever taken. In this picture taken at 789nm, we can see features as small as 30km (18 miles) in size for the first time ever." ? AMAZING (NSO/AURA/NSF) https://t.co/skoZpFFjWF pic.twitter.com/3NOOSx8cDY 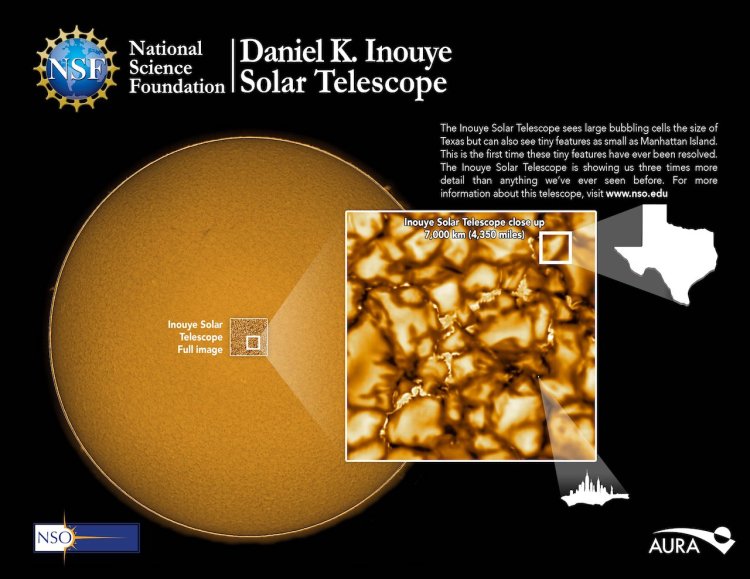