Desolation Center a fascinating documentary directed by Stuart Swezey focusing on a series iconic early 1980s anarchic punk rock gatherings in the Southern California desert featuring performances from those feeling intensely disaffected from their own government during the Reagan era.

Desolation Center is the previously untold story of a series of early 80s guerrilla music and art performance happenings in Southern California that are recognized to have paved the way for Burning Man, Lollapalooza and Coachella, collective experiences that have become key elements of popular culture in the 21st century.

The film also features an interview Laughing Squid’s very own John Law who talks about how the event influenced Burning Man. 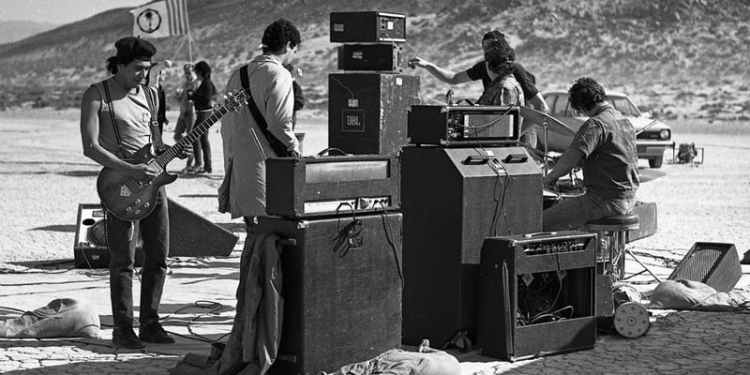 Rooftop Films is screening the film on August 15, 2019 at Green-Wood Cemetery in Brooklyn, New York.