While admittedly a bit childish, I do take a certain delight in drawing mustaches and blackening-in teeth on the models found in-flight retail catalog, SkyMall. The way I look at it, it passes the time and leaves an unexpected gem for the next bored passenger rifling around the seat pocket. Imagine my surprise (and delight) when I took a short flight recently and found that someone had beat me to my own game by defacing the August 2011 issue of Southwest Airlines Spirit magazine. When I spotted the first bit of vandalism, I hoped and prayed that more would be revealed as I turned each page. I was not disappointed. 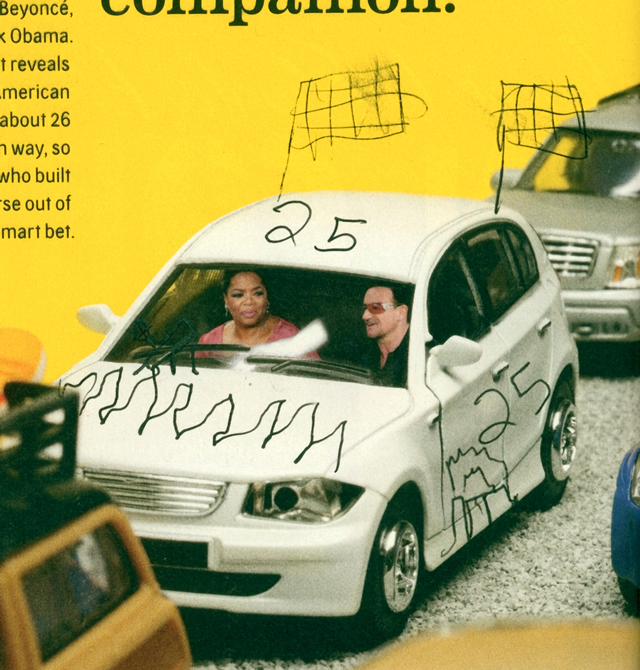 Oprah is supposed to be the ultimate carpooling buddy according to this article but now she and Bono are in some kind of Grand Prix motor race complete with waving flags and the number 25 emblazoned on their car’s exterior. And flames! They are driving through fire! 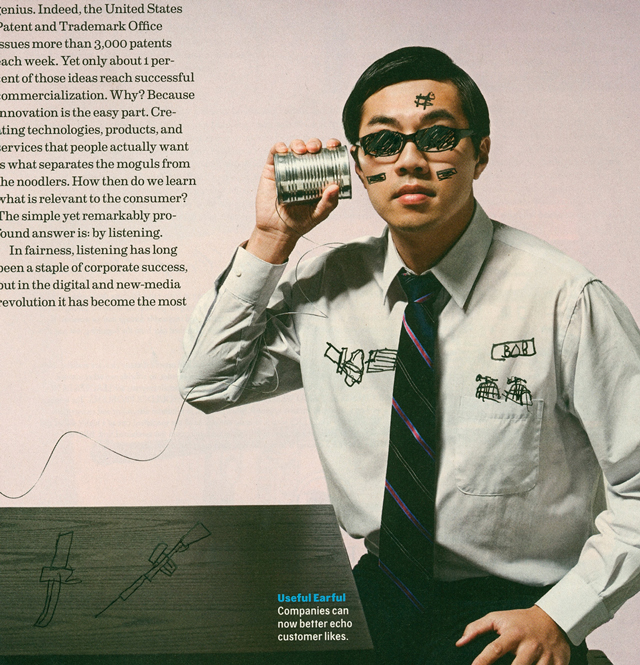 Companies should listen better, especially this particular one who hired the very dangerous gun-for-hire “Bob”. Beware of the grenades in his pocket and the weapons by his side but don’t look into his eyes, oh wait, you can’t! Dark glasses always mean ‘danger’. What’s that? “Bob” has been stabbed? And so close to his patriotic American flag patch too. 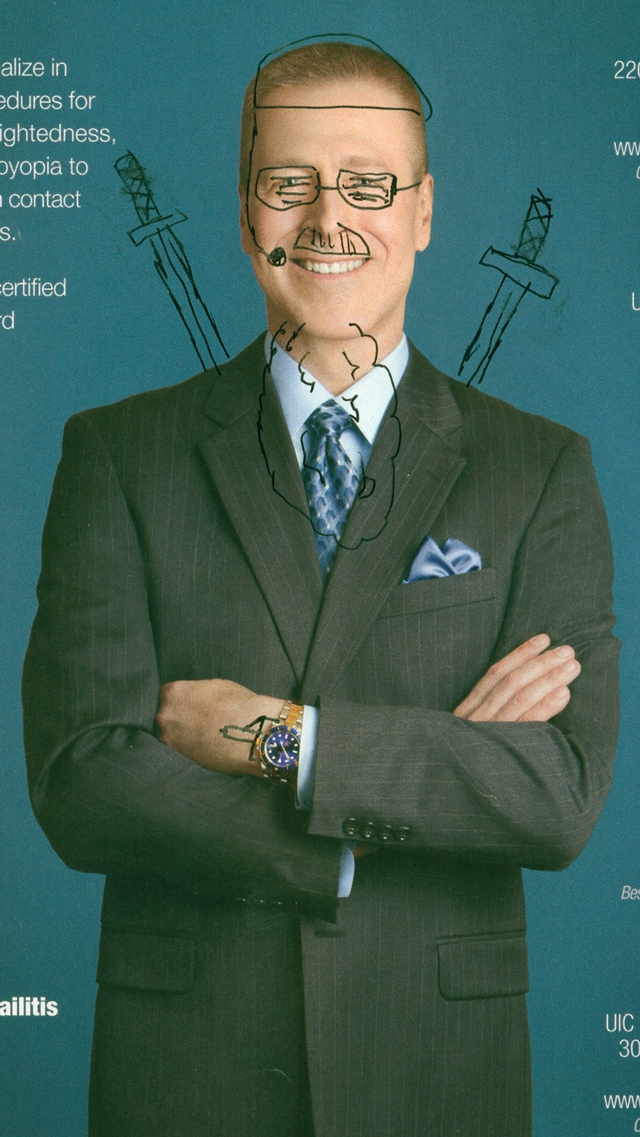 I believe this man was trying to communicate and/or fight with “Bob” with his telltale headset and the double swords he’s packin’. At first I thought he had a cloud of bad breath until it was pointed out to me that he has grown an “air beard”. This guy’s got something explosive up his sleeve: dynamite! 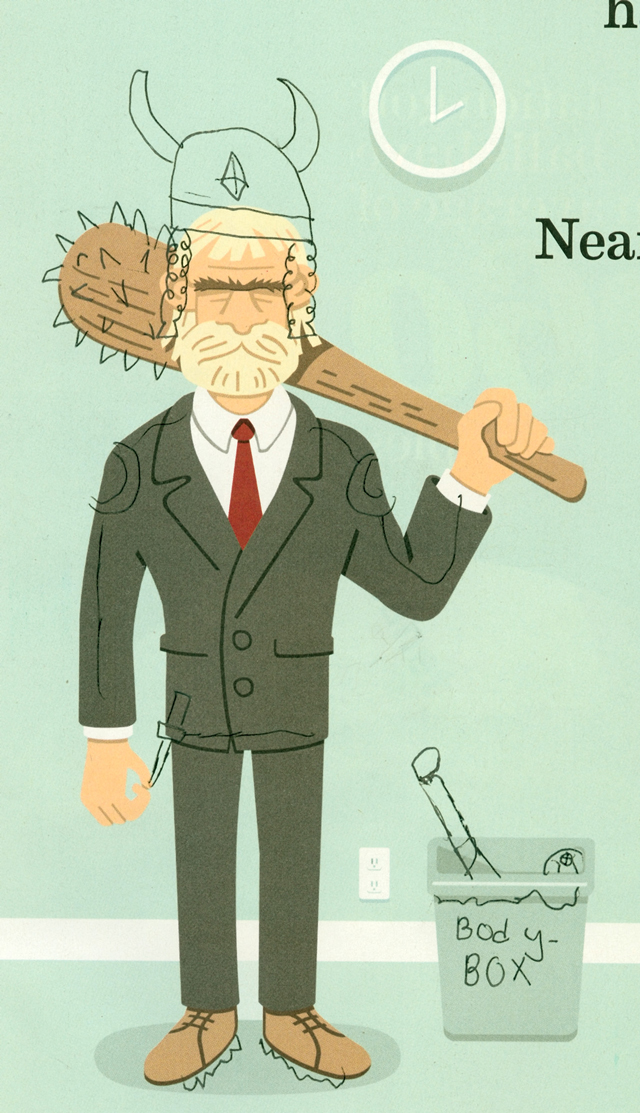 Just when you thought it was safe to come back from lunch, this Neanderthal in a Viking helmet is waiting in the staff lounge with his spiked club ready to toss you in the Body-Box with your unfortunate co-worker. 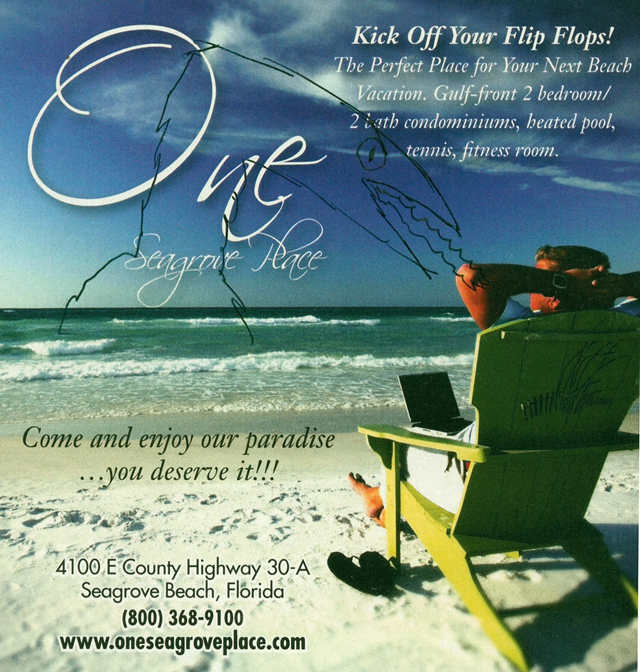 Kick off your flip flops, come and enjoy paradise, you deserve it!!! Just watch out that the giant fire-breathing sea monster doesn’t wreck all the laptop-using fun you were having at this beach paradise. 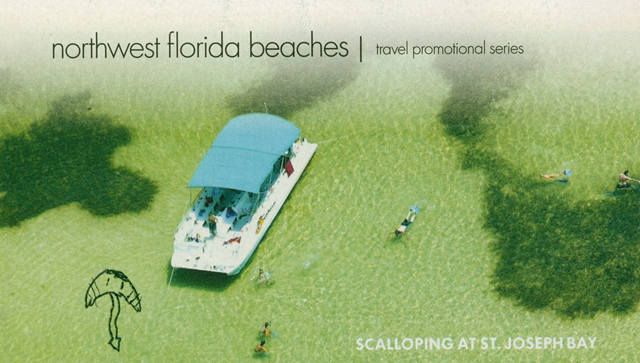 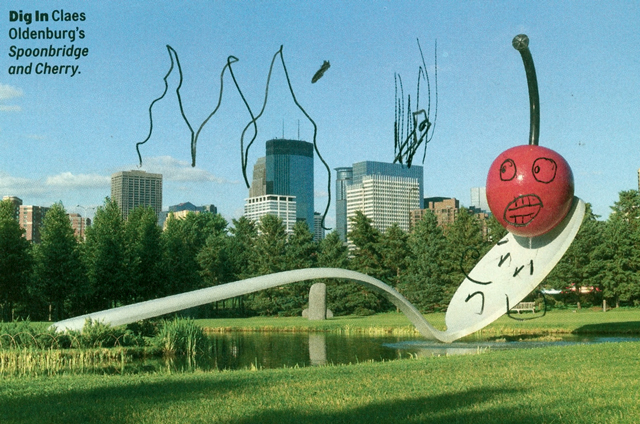 Perhaps you are better served having an adventure in Minneapolis, but oh, don’t mind the terrified cherry about to be flung by the sad mustached spoon into the burning city. Other than the bomb, the crashed plane and a city engulfed in flames, this is a great place to visit. 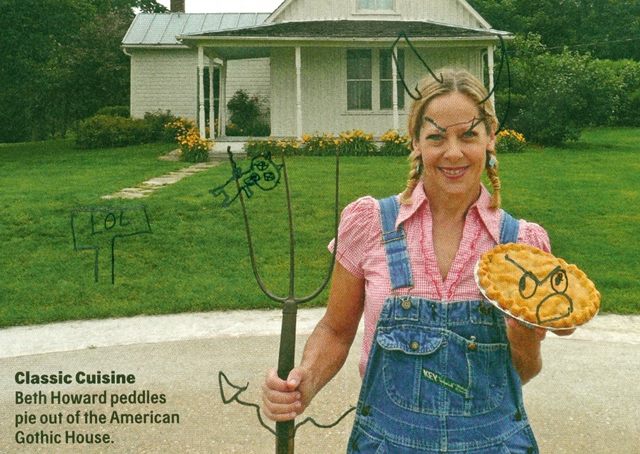 Little devil Beth Howard is not only a “pie hustler” but has taken a pitchfork to the small animal that dared to try and steal that angry anthropomorphic pie. Don’t even ask how much that house is for sale, they’ll just “LOL” at you. 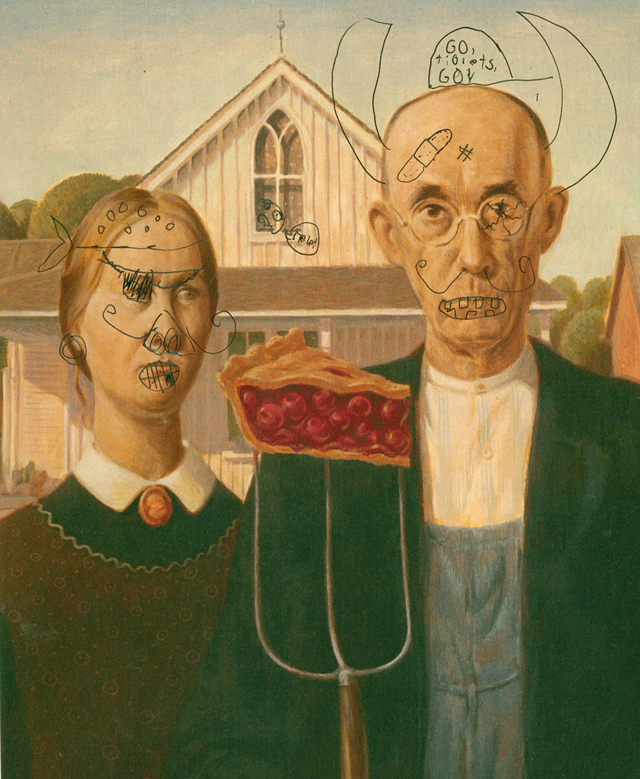 Finally, whenever I think of Grant Wood’s American Gothic, I am reminded of the quintessential American everyday life of stoic lady pirates holding children hostage in their attic while standing by their pie-stabbing bandaged husbands. “Go, Tiolets, Go!”, indeed.