Deceptive Practice: The Mysteries & Mentors of Ricky Jay is a documentary about Ricky Jay, the renowned magician, actor, and writer. The film follows Jay’s life from his childhood as the son of an amateur magician, to his successful one-man shows and his film and television appearances. The film also spotlights Ricky Jay’s two most important mentors, magicians Dai Vernon and Charlie Miller. The documentary was directed by Molly Bernstein and Alan Edelstein. It opens at the Film Forum in New York City on April 17, 2013.

At it’s center is the multitalented Ricky Jay, a best-selling author and historian, an acclaimed actor, a leading collector of antiquarian books and artifacts, but above all a conjurer capable of creating a profound sense of wonder and disbelief in even the most jaded of audiences. In his extraordinary—and extraordinarily popular—one-man shows Ricky Jay and his 52 Assistants and Ricky Jay: On the Stem, he proved himself to be the contemporary embodiment of an elite lineage, offering audiences not only exhilarating entertainment, but also a rare glimpse of a secret, lost world. 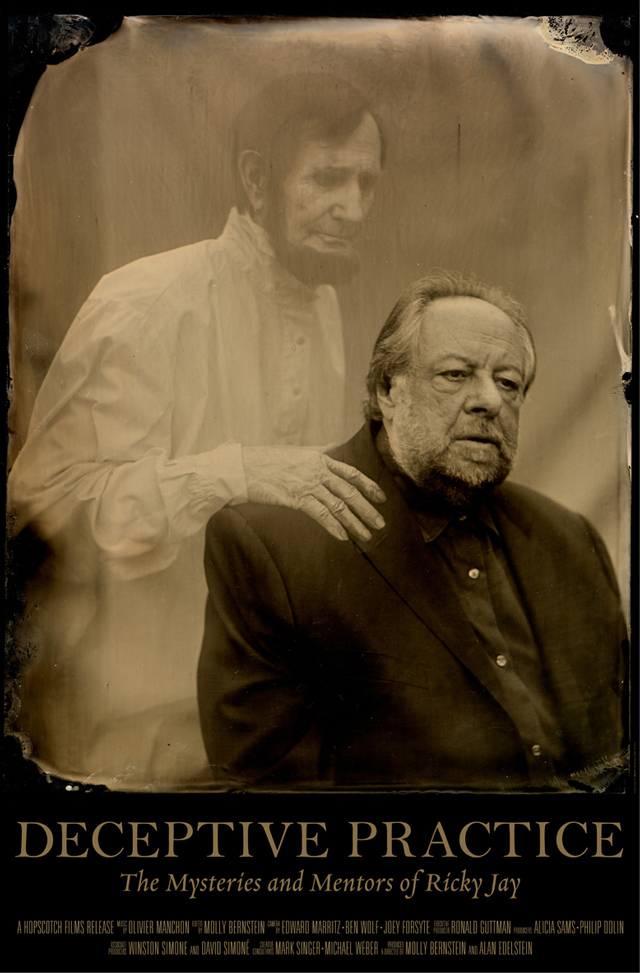