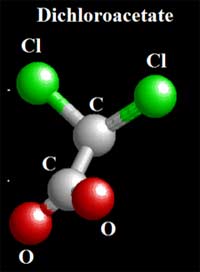 Dr. Evangelos Michelakis at University of Alberta reports that the drug dichloroacetate (DCA) may have a big impact in the fight against cancer by stopping the growth of cancer cells, without harming normal cells. It doesn’t have a patent, which makes it inexpensive and research shows it would not have the same negative side-affects of traditional chemotherapy. The drug can be made in power form which could be dissolved in a glass of water for the patient drink.

The main challenge for University of Alberta is finding the funding to conduct clinical trials on humans. The question is, does a cancer fighting drug that would not be profitable to pharmaceutical companies have any chance of success? Could this be a good candidate for open source medical research?

Investigators at the University of Alberta have recently reported that a drug previously used in humans for the treatment of rare disorders of metabolism is also able to cause tumor regression in a number of human cancers growing in animals. This drug, dichloroacetate (DCA) appears to suppress the growth of cancer cells without affecting normal cells, suggesting that it might not have the dramatic side effects of standard chemotherapies.

DCA research donations can be made to Dr. Michelakis’ Cancer Research Fund through The University of Alberta.

For updates on funding, research and testing, keep an eye on University of Alberta DCA Research Information page.

“Small molecule could be big cancer fighter” (The Why Files)