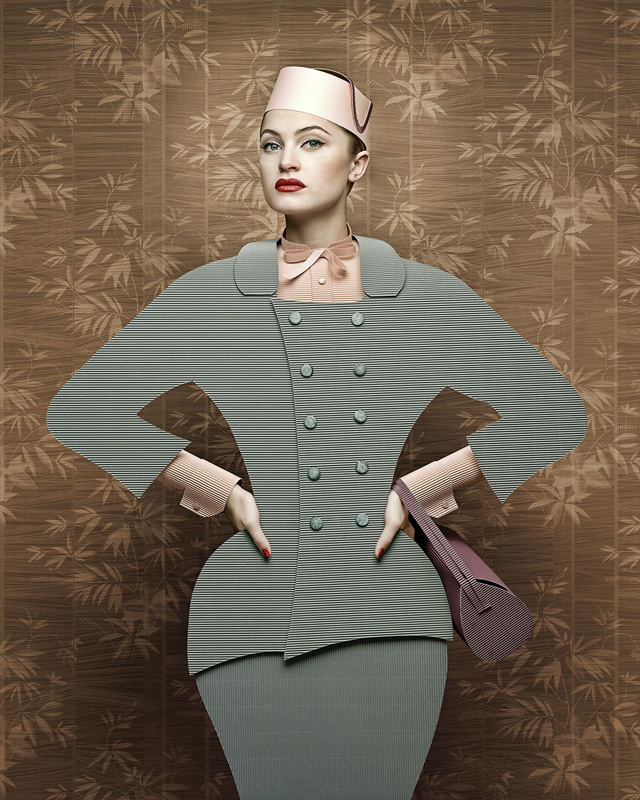 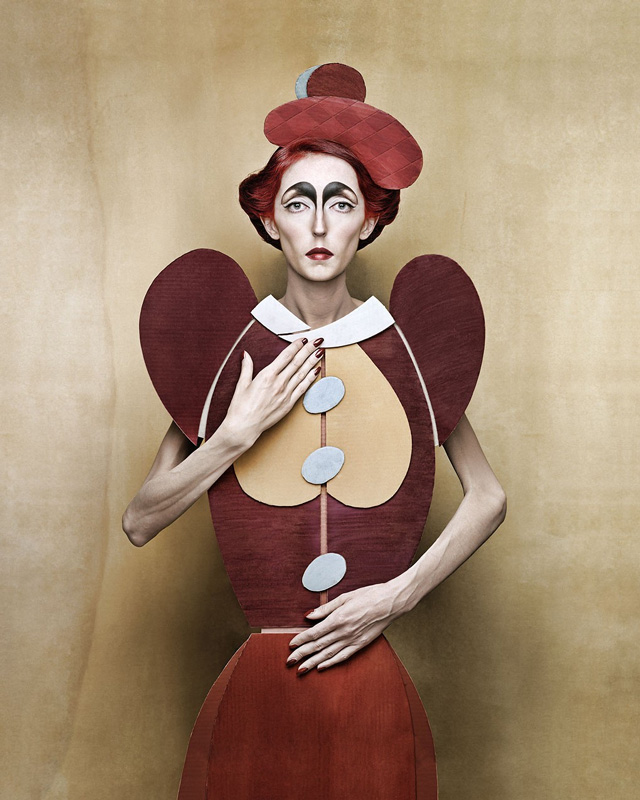 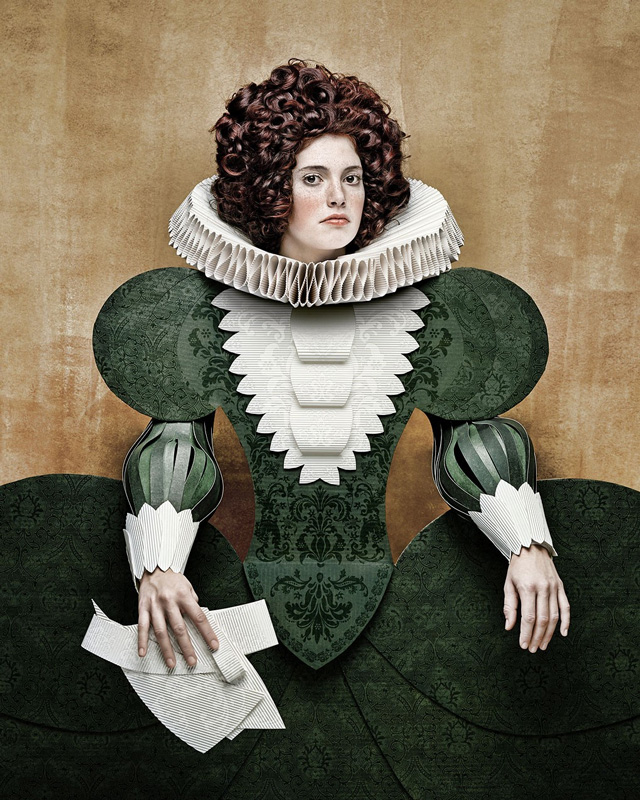 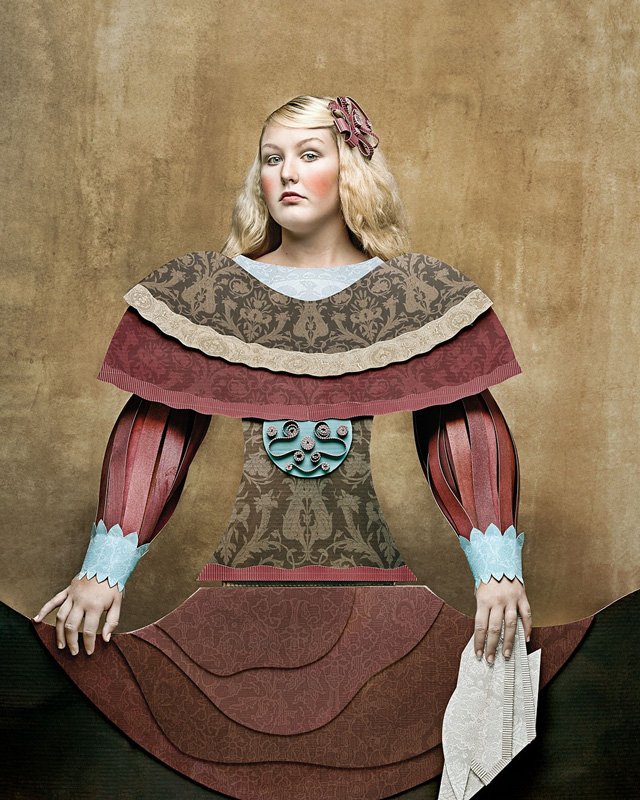 Dame di Cartone (“cardboard ladies”) is a project from photographer Christian Tagliavini where models are posed in cardboard wardrobes meant to resemble cubist, 17th Century and fifties fashions. Dame Di Cartone is currently on display until February 4, 2012 at Diemar / Noble Gallery in London as part of Tagliavini’s Cut Out & Keep solo exhibition. The entire image gallery is viewable online.

…Using cardboard & paper in place of material allows Tagliavini to design each item from the patterning to the final construction of form completely. In his series Dame Di Cartone (literal translation: ‘Cardboard Ladies’) several influences from art history & other eras are again present resulting in striking imagery.

From beginning to completion Tagliavini’s work is a labour of love. He admits that he enjoys the process as much as the resulting photograph, constructing an aesthetic from scratch he feels is incredibly satisfying from a creative & philosophical point of view. With as much done in situ as possible, including the illusory lengthening of the neck Tagliavini reduces the amount of postproduction needed thus retaining the immediacy of the image beautifully.

Tagliavini is fully aware of the irony he portrays & playfully indicates the impermanence of fashion throughout the ages.