From the minds of Bryan Basham and Jeff Hatz of Adjacent LA, the Nerdist Channel has released Episode 2 of the COPS: Skyrim web-series, which puts a hilarious COPS television show spin on the popular video game title Skyrim. Much like COPS: Skyrim – Episode 1, it is filled with plenty of domestic disturbances, drunks and improper proposals.

On this week’s installment of Cops: Skyrim on the Nerdist Channel, there’s Argonian “gang activity” afoot, but there’s resistance, and that pile of stolen weapons? Huh. Where did THAT come from? Then there’s a domestic disturbance involving an intruder and a “couple of arrows” that leads to some negotiating over the charge, and a dead mother poses a problem. Finally, it’s happy hour, three tankards lead to an improper proposal or two, and it’s a hot time in the old town tonight. Literally. 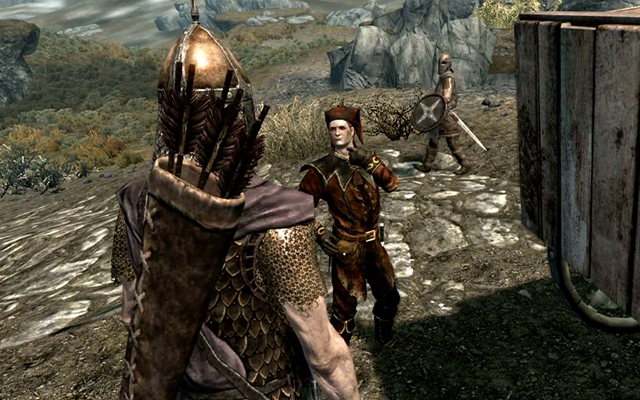