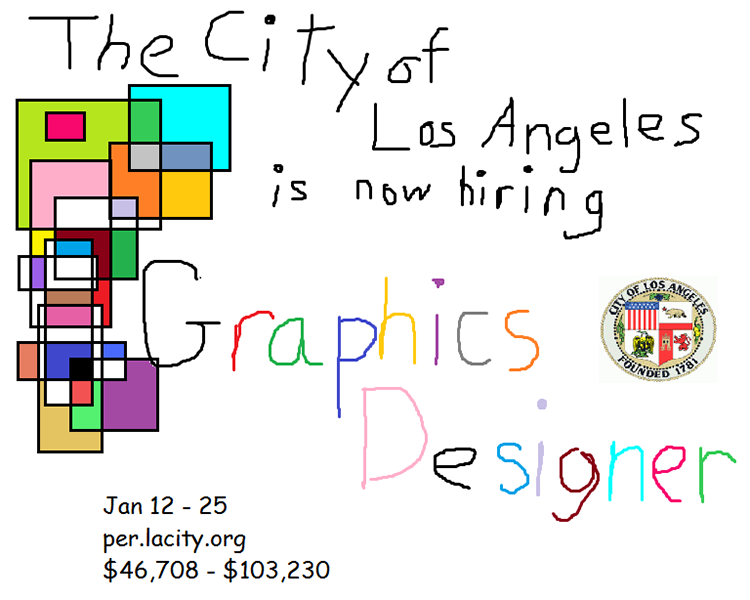 The City of Los Angeles is on the lookout for a full-time graphic designer and is searching the web for their new creative hire with a hilarious help wanted ad that they shared Twitter and Facebook. Tyler of Killeen, Texas submitted his resume on Twitter and it matches their amusing Microsoft Paint style to a tee.

image via City of Los Angeles