Hungarian animation studio Delov Digital has created a great CGI holiday parody of the popular epic split ad for Volvo performed by Jean-Claude Van Damme. The parody features Chuck Norris doing the splits between two Air Force cargo planes while 11 soldiers stand on his shoulders. As the camera pans out, the soldiers — who are all perched on each other’s shoulders in the shape of a Christmas tree — strike multi-colored flares and turn on their full-body strands of holiday lights. Previously, we wrote about the hilarious epic split spoof by Channing Tatum. 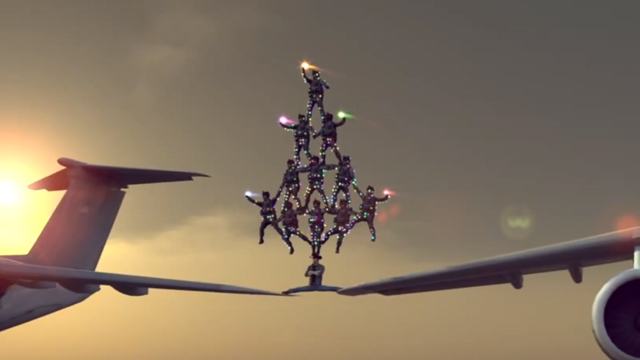