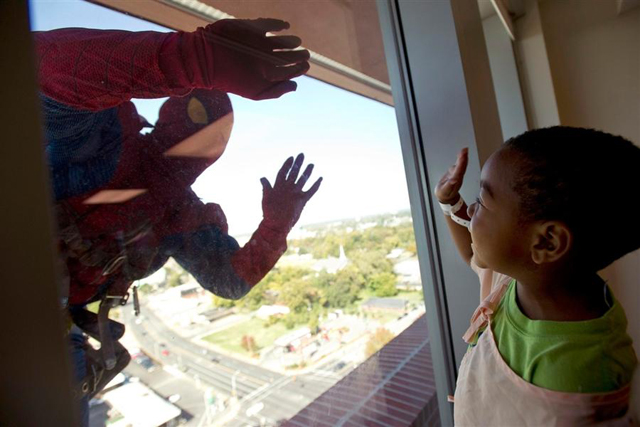 Window washers from the American National Skyline company (from left to right in the image below: Jordan Emerson, Steve Oszaniec and Danny Oszaniec) suit up as Marvel Comics superheroes to pleasantly surprise the children (who are patients) and their families inside as the dressed up crew cleans the outside of the windows at Le Bonheur Children’s Hospital in Memphis, Tennessee on Wednesday, October 17, 2012. 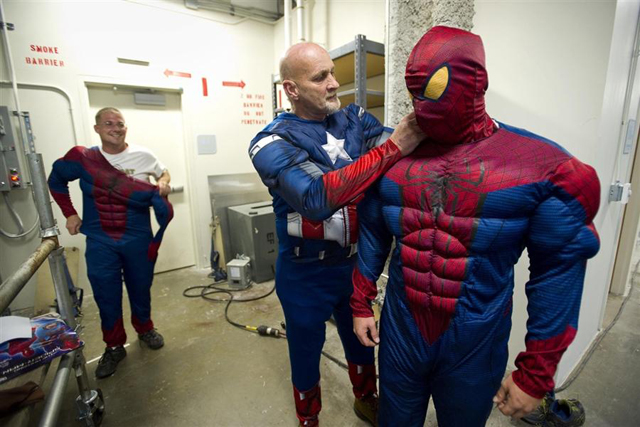